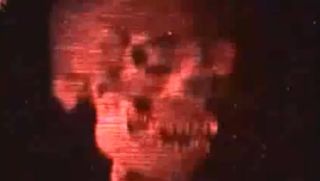 “This is new. It has never been done before, that you can have a large image and display it three-dimensionally... and you need those special goggles to see it. And it’s updatable, so it means that every few minutes you can erase the image and put a new image on,” said lead researcher, Nasser Peyghambarian, professor of the UA College of Optical Sciences.

The concept captured the public imagination in 1977 when “Star Wars,” depicted a miniaturized telepresence projection of the Princess Leia. Execution has been limited by computational power and recording media, researchers told the journal, Nature.

“Here we use a holographic stereographic technique and a photorefractive polymer material as the recording medium to demonstrate a holographic display that can refresh images every two seconds,” Peyghambarian wrote in Nature. “A 50 Hz nanosecond pulsed laser is used to write the holographic pixels. Multicoloured holographic 3D images are produced by using angular multiplexing, and the full parallax display employs spatial multiplexing.

“3D telepresence is demonstrated by taking multiple images from one location and transmitting the information via Ethernet to another location where the hologram is printed with the quasi-real-time dynamic 3D display. Further improvements could bring applications in telemedicine, prototyping, advertising, updatable 3D maps and entertainment.”

The hologram fades away by natural dark decay after a couple of minutes or seconds depending on experimental parameters, or it can be erased by recording a new 3D image, creating a new diffraction structure and deleting the old pattern, Peyghambarian said.

The 3D holographic imaging technology is the result of collaboration by UA and Nitto Denko Technical, or NDT, an Oceanside, Calif. company. NDT provided the polymer sample and media preparation. “We have made major advances in photorefractive polymer film fabrication that allow for the very interesting 3D images obtained,” said Michiharu Yamamoto, vice president at NDT.

The prototype display had a 4-by-4 inch screen with red light, though researchers told UA News that larger, full-color screens could be created.
-- with Government Video