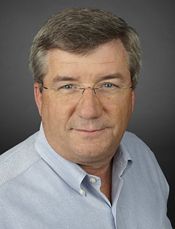 It’s been almost 10 years since the Society of Broadcast Engineers (SBE) Certification Committee rolled out the Certified Broadcast Network Technologist level. It has become one of the most popular certification levels. That’s really no surprise to those of us on the Certification Committee who helped develop it. The committee saw the emergence of computer networking within a broadcast facility and sought to find a way to help broadcast engineers meet the new challenges associated with computer networking.

It was a two-pronged approach. First, the certification level needed to be developed. The certification committee decided that it would be a standalone certification meaning an individual could make application and take the exam without holding any other SBE certification. An applicant would still need to be involved within the broadcast industry or allied fields in order to be eligible.

The second element was developed by Terry Baun, CPBE, AMD, CBNT. Baun wrote and presented a class on broadcast networking and the implementation of both computer systems and their networking. Baun presented this class many times in many different cities in the United States. After the class, participants had the opportunity to sit for the CBNT exam and many were able to pass the exam, which is no surprise since Baun was one of the authors of the CBNT exam question pool.

Much of the material that was covered in those early days is considered rudimentary by today’s broadcast networking requirements. As more and more equipment within a broadcast facility has integrated network interfaces for control and/or media/data distribution, the networks themselves have become more complex. The added concerns about network security for the protection of assets or maintaining the integrity of the computer network itself have taken the skills required for a broadcast engineer to maintain such systems beyond the skill set which CBNT was intended to review.

In early 2010, the SBE Certification Committee decided that a new certification level need to be developed to meet this new challenge.

The Certified Broadcast Networking Engineer (CBNE) is expected to be introduced for 2011. It will be equivalent to a five year certification level, such as CBRE or CBTE. It is expected that applicants will already have the basic competencies tested with the CBNT exam.

The CBNE will delve into deeper networking and IT issues such as firewalls, DNS, DHCP, VLANs, NAT, routing tables, SAN, NAS, cloud computing and more, permeating the broadcast technical environment which broadcast engineers are being required to understand more and more.

A test rollout of this new certification level is expected to be conducted this year with a full introduction ready for the fall of 2011.