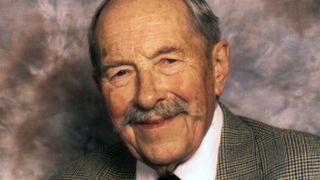 We recently lost a good friend and fellow engineer. Long-time broadcast consultant and Broadcast Engineering writer John Battison passed away on Aug. 28, 2012. Just shy of turning 97, John spent more than 20 years writing for this publication and its sister version, Radio magazine. He retired from writing in 2009.

Battison worked as a broadcast consultant for more than 52 years. He was the author of 15 technical books and more than 500 articles.

In 1998, Battison was awarded NAB’s Radio Engineer of the Year Award. Additionally, in 2006, John received the Society of Broadcast Engineers Lifetime Achievement Award. And, in 2002, he received an SBE award for Best Technical Article.

Those awards might not be a surprise because many knew of John’s life-long passion for broadcast and sharing his knowledge with others. But, many readers may not realize that he also was the founder of the SBE. In the December 1961 issue of Broadcast Engineering, John suggested the formation of a society for radio and television engineers, which became the SBE.

With help from his family, Battison sent membership invitation letters to thousands of television and radio engineers in the United States and Canada. Based on the feedback from Broadcast Engineering readers, Battison decided to start the organization himself, running an application form in the magazine.

And so began the steps to build what we know today as the Society of Broadcast Engineers, with John as its first member and president. As witness of his efforts, SBE today has more than 5500 members from around the world.

“The Society of Broadcast Engineers was conceived in my office in Washington, D.C., in 1961,” Battison reminisced during a 2004 SBE speech that celebrated the SBE’s 40th anniversary. “It was born in 1964 in The Willard Room ‘C’ in the Chicago Hilton, courtesy of NAB, and today, on its 40th birthday, it is a strong and hearty force in broadcast engineering thanks to the members who followed after me.”

John’s many friends will recall his jovial personality and radiant smile, ever ready with an “I remember when …” story. At the drop of a hat, John would regale friends with stories of piloting planes in WWII or building radio and TV facilities, sometimes in desolate locations around the world. He called AM “ancient modulation,” and FM was the “forgotten medium.”

In his 1998 NAB Engineer of the Year Award acceptance speech, John joked that he knew personally many of the fathers of broadcast electronics, including Lee de Forest and Major Armstrong. Sometimes, he’d remind the listener, “Speaking as an RF engineer, I still maintain that audio is something that messes up a nice, clean carrier.”

John’s “carrier” is now quiet, and he will be greatly missed.