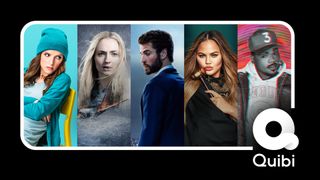 LOS ANGELES—Quibi is coming to subscribers’ TVs as early as May, according to a report from Reuters. Quibi founder Jeffrey Katzenberg says that the ability to cast content onto a TV will only be available for some users at that time.

Quibi, a new streaming service that offers all its content in 10 minute doses, initially intended to be a mobile-only service, but some early viewers complained about the inability to watch programming on their TVs. This was particularly relevant as Quibi’s launch came during stay-at-home orders due to the coronavirus.

In addition to the ability to soon watch content on TV, Quibi has announced that since its launch on April 6, it has had 2.7 million downloads. A week after launch it was at 1.7 million. Katzenberg viewed the numbers as “encouraging,” especially because Quibi is not associated with any prior brand, he told Reuters.

Quibi is currently offering new subscribers 90-day free trials in the U.S. and Canada, after which the subscription will cost either $5 or $8 a month for versions with or without ads, respectively.