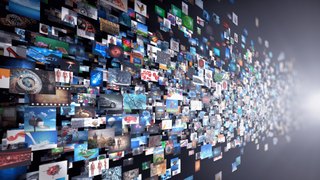 WASHINGTON—The FCC will need to update its rules regarding the use of broadcast spectrum to help promote the development and deployment of so-called “Broadcast Internet” services enabled by the U.S. broadcasting industry’s transition to ATSC 3.0 (aka “NextGen TV”).

In comments filed with the commission this week, America’s Public Television Stations and the Public Broadcasting Service (collectively, “Public Television”) responded to the commission’s NPRM on updating rules for the help broadcasters use ATSC 3.0 to offer datacasting services, a service that many public broadcasters are already doing via ATSC 1.0, but could be further enhanced by the advanced capabilities of the new standard.

“Public Television is confident that local public TV stations will be at the forefront of new and innovative uses of ATSC 3.0 for Broadcast Internet,” they told the FCC. “Based on the services currently being provided over the ATSC 1.0 facilities of public TV stations, and experimentation to date using ATSC 3.0 test facilities, Public Television anticipates that Broadcast Internet services by public TV stations will focus on a variety of areas that further their public service missions, especially education, child development, public safety, national security, job training and telehealth.”

To do so, however, the organizations said the FCC will need to do several things.

One is to update the baseline requirements for public TV stations to use their spectrum to fulfill its three public service obligations: serve a community’s educational needs; advance educational programs; and furnish a nonprofit and noncommercial TV broadcast service. Currently FCC rules define the requirements as those met by a “substantial majority;” the public broadcasters want that baseline to be defined as a “simple” majority instead.

Public broadcasters also want the commission to update its rules to expand the definition of datacasting. “The FCC should recognize that a variety of datacasting and other innovative encrypted uses that are not traditional broadcasting but that “serve the educational needs of the community” or further the “advancement of educational programs” are clearly counted among the “primary” purposes (to which a majority of the station’s capacity must be dedicated) as permitted by the plain language of the rule,” they told the commission.

Lastly, they asked the commission to exempt noncommercial educational licensees from all ancillary and supplementary service fees “to the extent that the licensee confirms that the revenues from such services are used to support their non-profit public service activities.”