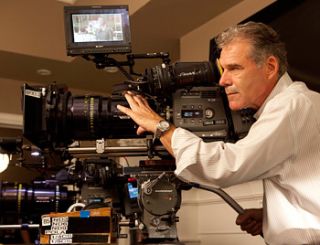 The ABC comedy series features a mockumentary production style made available by performance and stability. According to Bagdonas, “With having to whip pan constantly, our operators need to keep one hand on the zoom lens at all times for constant changes. The fluid head is the only answer. With OConnor’s superior balance at any angle, these moves are possible.”

Bagdonas has been using OConnor fluid heads his entire career, including work on Lois and Clarke, The Guardian, Chicago Hope and Boston Legal. He says certain shots require the OConnor 2575, with its balance and wide range of motion. Other times, when a heavy zoom lens is needed, the 120 EX will carry the weight and give the user a lightweight feel.

Modern Family has been nominated for 20 awards and won four.

OConnor is part of the Vitec Group.