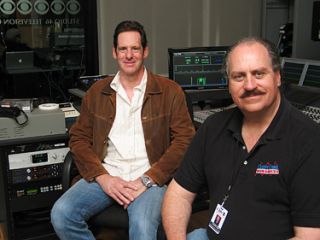 Linear Acoustic’s UPMAX 5.1 channel audio upmixing technology is being used in production of the 12th season of the award-winning reality show, “Dancing With The Stars.”

“I can mix the show in stereo, upmix it through UPMAX, then downmix it again, and it's transparent between my send back and forth,” said Arledge. “A lot of our content--Mark's mix, the dialog that comes from the B roll, and my mix--is delivered in stereo, so it keeps the show consistent every week. UPMAX not only ensures a consistent viewer experience but it also eliminates potential transmission errors. We don't have any phasing issues, and we don't have stuff in the wrong spot.”

One UPMAX system is used for the main show production and a second unit is employed for the recap show, which runs simultaneously with the main show once the second week of the season begins.

“It makes really good decisions on where to place things,” said King, who recommended UPMAX for “Dancing with the Stars” after using it on a Golden Globe Awards telecast in which he served as the production mixer. “And as a way to achieve 5.1, the box saves the production company a ton of money.”