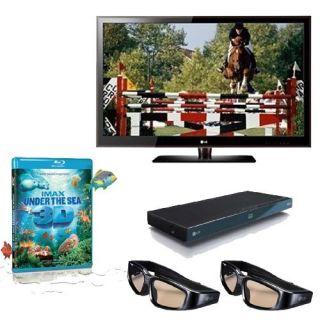 The two TVs appear to be the only 3D LG sets available from Amazon. The Korean electronics manufacturer just came to the U.S. market with 3DTVs in May. LG said late last year it intended to sell 400,000 3DTV sets this year and 2.4 million next year. LG signed a partnership with Korean satellite broadcaster SkyLife to develop 3DTV domestically. SkyLife was scheduled to transmit its first live 3D content in May.