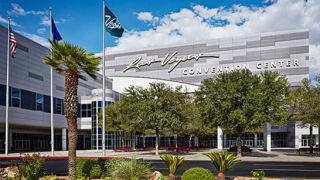 To date, there have been no confirmed cases of COVID-19, the particular strand of coronavirus, in Clark County or the state of Nevada and there have been no domestic travel notices, precautions or guidance specific to travel. In addition, the LVCVA said that southern Nevada and resort properties have not been identified as being at higher risk for transmission.

Even so, LVCVA has announced that it is following CDC and Health District protocols for preventing spreading the disease, and has taken a number of steps at the Las Vegas Convention Center in that regard.

LVCVA also shared efforts being made by authorities in southern Nevada and CDC recommended best practices for individuals.

The 2020 NAB Show is scheduled to take place April 18-22 at the Las Vegas Convention Center, and as of now the show is set to continue as planned.

However, some individual companies are taking their own actions that could impact travel to the NAB Show. Amazon has said that it is restricting all nonessential employee travel in the U.S. until the end of April.

The virus is also having an industry impact beyond the NAB Show. Sony has reportedly warned investors that production of both image sensors and electronics “could be affected enormously” if the virus continues to spread.