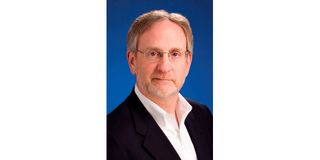 MENLO PARK, CALIF.—Larry Kaplan, co-founder of Omneon Video Networks, today announced the launch of a new venture that will focus on developing software systems to provide IP-based network control and management of broadcast and media and entertainment facilities.

Kaplan is best known as the founding CEO of Omneon Video Networks, which was launched in 1998 with fellow executives from Sony, Tektronix and Grass Valley. The company has become one of the leading providers of innovative storage systems for broadcast and media entertainment businesses and was acquired by Harmonic in 2010. Kaplan stepped down as CEO of the Omneon division within Harmonic in 2012.

The new company, called “SDVI” will take advantage of advances in IT technology and cloud-based services within the broadcast infrastructure to improve workflow and operational efficiencies.

“In the near future (and to a much greater extent than possible today) media facility functionality will be defined in software, mirroring the broader trends in the IT industry towards software defined data centers,” Kaplan writes in his blog. “SDVI will combine these technological shifts with intimate knowledge of media workflows, to provide revolutionary solutions to content owners, distributors and media facilities.”

The company plans to introduce initial products and services at IBC in September.