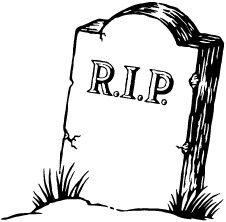 We reported from the Public Radio Engineering Conference before the NAB Show earlier this month that Congress had granted no PTFP funding for FY 2011 in the final budget negotiations that occurred in Washington. The program has long been a source of capital expense money for public TV and radio stations.

I’d heard that PTFP employees had started migrating to other parts of NTIA and that Congress told the remaining two to count the 100-plus applications received for this year, but set them aside and not consider them. Now, PTFP has announced its own demise. On its website, NTIA states that it will not process the applications it received nor award any additional grants. The applications will be destroyed as part of “an orderly shutdown” of PTFP though it will continue to monitor grants previously awarded.

PTFP funded about $20.5 million in 2010. Although the program only had $18 million for grants in FY 2010, it awarded more through money recovered from grants that finished under budget.

CPB, which also provides equipment grants to public radio broadcasters, was funded at essentially the same level as last year for 2011 by Congress. It doesn’t award matching grants for replacement or new gear specifically but can as part of a larger project, such as raising FM digital power to replace lost coverage compared to the analog, I’m told. ~ Leslie Stimson