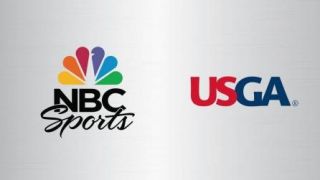 LIBERTY CORNER, N.J.—One of professional golf’s four major tournaments has a new broadcast home, as the United States Golf Association has announced that NBC will be taking over the broadcast contract for the U.S. Open, effective immediately.

In 2015, Fox Sports signed a 12-year deal with USGA to serve as the broadcaster for the USGA championships, which included the U.S. Amateur, U.S. Women’s Amateur, U.S. Women’s Open and, most notably, the men’s U.S. Open. However, because of the coronavirus pandemic and the U.S. Open’s date shift to September, Fox Sports would have faced a conflict with its broadcast commitments for the NFL, MLB and college football.

USGA shared in its press release that Fox and NBC/Golf Channel originally attempted to figure out how they could collaborate on the broadcast, but it ultimately led to NBCUniversal taking over all of the USGA media rights for the remaining seven years of the contract. NBC was the home of the U.S. Open prior to the deal with Fox, from 1995-2014.

A report from the Associated Press said that NBCU would pay for just under half of the rights fee through the rest of the contract. The report also said that the decision for Fox Sports to drop its rights came when the option of moving the tournament to FS1 for this year was not received well by the USGA.

NBC’s golf slate now includes PGA Tour events like the Players Championship, The Open Championship (aka the British Open) and the Ryder Cup, which is also scheduled to take place in 2020.

“Partnering with NBCUniversal, including Golf Channel, gives us an unparalleled opportunity to connect and engage with the core golf audience more directly and routinely, and as a nonprofit, to continue to have a significant and lasting impact on the game,” said Mike Davis, CEO of the USGA.

In addition, as part of being in partnership with NBCU, the USGA tournaments will also be able to be shared on the new Peacock streaming platform.

The previous deal with NBCU and USGA had the weekday rounds of the U.S. Open air on ESPN. It is not clear at this time what the plan will be for this year’s tournament.

For more information, read the entire announcement from USGA.