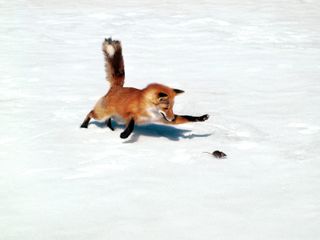 NEW YORK: “Fox played hard ball and won.” That was the pronouncement of Wells Fargo Analysts Marci Ryvicker and Timothy Schlock in a note following the news that Fox and Cablevision settled a retransmission dispute resulting in a two-week channel black-out. The two reached a deal Saturday, the day after Fox settled a longer stand-off with Dish Network, and just before the first pitch of Game 3 of the World Series. The Fox network is carrying the series.

“Given the tone of [Cablevision’s] press release, it does sound like the company agreed to pay the $150 million a year that Fox was asking,” Schlock and Ryvicker wrote. The two Fox affiliates involved--WNYW-TV, WTXF-TV--are believed to now be receiving retrans fees of 75 cents to $1 a month per subscriber. WWOR-TV, a Fox-owned MyNetwork affiliate, is believed to be getting 20 to 25 cents. Cablevision has around 3 million subscribers--all of whom likely receive the broadcast stations.

Dish settled with Fox on Friday, signing a carriage agreement for 18 regional sports networks, two cable channels and 27 owned-and-operated TV stations. Terms were not disclosed, but the Wells Fargo team estimated fees for the 17 Fox stations and 10 MyNetworks were similar to those cut with Cablevision. All the networks and broadcast signals were pulled from Dish Oct. 1 and restored Oct. 29. Dish is expected to report some loss of subscriber numbers in its fourth quarter results. The impact on Cablevision’s subscriber rolls is expected to be limited.
-- Deborah D. McAdams