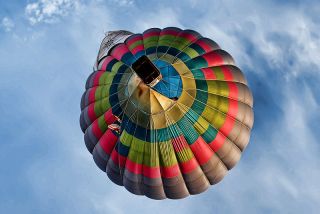 SEATTLE – Shares of Fisher Communications pushed the $34 mark this morning after the company announced it would consider being acquired. They had been holding steady at about $28. The hike values Fisher’s at close to $297 million.

Fisher’s board announced that it would “explore and evaluate potential strategic alternatives intended to enhance shareholder value, which could result in, among other things, a possible sale of the company.” Moelis & Co. has been retained as financial advisor, and White & Case LLP and Perkins Coie LLP as legal counsel. No specific course of action or timetable has been determined, the company said.

As a result of sending up the trial balloon, Fisher has delayed its 2013 annual shareholder meeting to no sooner than June 9.

Fisher was a takeover target in December of 2010, when Huntingdon, a real estate investment trust in British Columbia, made an unsolicited bid of $24 a share for the company that valued it at $211 million. The Fisher board rejected the offer. Fisher shares subsequently rose to around $30 by the following April. A proxy battle ensued with Front Four Capital Group, a Huntingdon investor, attempting to get four members elected to the Fisher board. Two were ultimately voted in, joining an incumbent Fisher board member who also sat on the Huntington board of trustees. Those two, Matthew Goldfarb and Joseph Troy, remain on the board.

Fisher, with 13 full-power TV stations, seven LPTVs and three radio stations, is one of the key movers in the deployment of over-the-air mobile digital television. The company’s Seattle flagship station, KOMO-TV, has been conducting field trials, and participated in a Mobile Emergency Alert System demonstration in August, for which it developed a tsunami alert simulation. KOMO is also one of the beta launch stations for MyDTV, the mobile DTV programming brand from the Mobile500 Alliance. MyDTV is being demonstrated this week in Las Vegas at the Consumer Electronics Show.