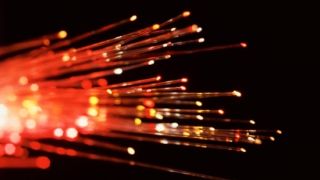 HD production of Super Bowl XLVII from the Mercedes-Benz Superdome, as well as pre- and post-game feeds, was encoded and transported from New Orleans via Level 3’s Vyvx VenueNet+ fiber-optic platform and infrastructure.

This year’s event, with more than 3500 hours of video content transported via the broadcast backbone, marked the 24th consecutive year Level 3 has delivered the game. With such a long track record of transporting feeds of the Super Bowl, as well as regular season and playoff games from all 31 NFL football stadiums across the country, Vyvx VenueNet+, specifically, and fiber-optic transport, more generally, have established themselves as a vital component in the mix of contribution technology for sports productions.

However, there is much more to the role of fiber optics in sports than contribution. Over the past few years, fiber optics has emerged as an enabler of a rethink of the traditional approach to remote sports production.

At the top of the list of questions raised by the broad availability and speed-of-light performance of fiber-optic transport is how much longer will it be necessary to send a mobile HD production control room — with its video switching, replay, graphics, monitoring, camera control and audio mixing — to the stadium or arena.

Rather than roll trucks and trailers, is it possible to transport raw, live camera and audio feeds directly from their pickup positions to a studio hundreds or thousands of miles away via fiber where all of the production is done without diminishing the final production? Is it possible to control camera setup from great distances and be just as responsive to the changing shooting environment as if control were being done from a CCU on site? How far can this concept of remote control be taken?

The availability and performance of fiber also has the potential to reshape the business equations applied to sports production. If it is not necessary to send a production truck or trucks, what sorts of savings will be realized, and even more importantly, will those savings allow more and varied sports coverage? How will this impact production staffing and travel expenses?

As a related matter, potentially reducing the expense of production will likely make it possible for new entrants with more modest resources to get established in sports production. Colleges, universities and even sports conferences may find it economically feasible to cover more games and new sports, thus better serving the interests of fans.

There are also tactical benefits that can be achieved by relying on fiber to transport feeds and control cameras positioned in dangerous or out of the way locations, such as with certain trackside camera locations at a speedway.

In upcoming editions of HD Technology Update, this series of articles will explore these and other important questions. The articles will present the experiences of some of those who have leveraged fiber to produce events from a distance, the thoughts of those planning the next generation of production from remote sports production factories, the technical and production challenges that must be addressed, and the setups being deployed to take advantage of the potential for fiber optics to transform how sports gets produced.