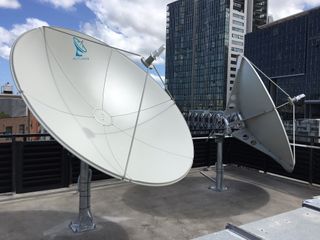 WASHINGTON—The FCC is moving forward with the Sept. 14 deadline for C-band transition participants to decide if they will opt in for the lump sum payment option, as the commission has rejected the stay request from ACA Connects.

ACAC filed for a stay in the deadline, which had previously been extended to Sept. 14, pending the decision on an Application for Review that the organization also filed over the Final Cost Catalog that the FCC approved for the C-band transition. ACAC’s point of contention to the FCC’s cost catalog was the omission of the cost of integrated receiver/decoders (IRDs) for cable operators that move to the upper 200 MHz of the C-band, reportedly making it easier to transition to fiber delivery.

On its decision to deny the stay, the FCC said that ACAC failed to show any of the four key factors in granting a stay: 1) if the group is likely to prevail on the merits; 2) the group will suffer “irreparable harm” without a stay; 3) other parties will not be harmed by a stay; and 4) the public interest favors a stay.

The FCC says the two key arguments of ACAC against the cost catalog are calling the exclusion of IRDs improper based on the commission’s directives for the lump sum payment options and that the process in determining lump sum payments was not performed correctly. The commission, however, says that this argument is based on a misquoted portion of the FCC’s cost catalog.

In a report by TVT’s sister publication B+C, ACAC responded to the FCC’s rejection of its stay request, saying they are not surprised but rather disappointed by the untimely decision made on Aug. 31, as the ACAC had originally asked for a decision by last week. As a result, ACAC has filed a motion for a stay in the U.S. Court of Appeals for the D.C. Circuit. According to TVT's sister publication B+C, the court is requiring the FCC to respond to ACAC's request by this Friday, Sept. 4, at 10 a.m.

“The Bureau reviewed its own decision and unsurprisingly concluded that it did nothing improper—all while evading rather than answering ACA Connects’ arguments,” the organization told B+C. “That is why ACA Connects has sought relief from the D.C. Circuit—a neutral and disinterested venue for reviewing the Bureau’s errors, which include a lump sum determination that departed from the FCC’s C-Band Order and regulations, was the product of secret meetings with unidentified stakeholders, and rests on undisclosed data and an impossible-to-reproduce methodology.”

The full FCC decision on the stay is available online.