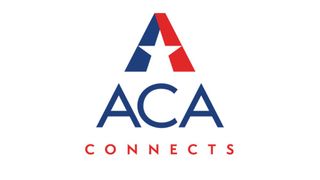 PITTSBURGH—ACA Connects is bringing the courts into its dealings with the FCC over the C-band lump sum payment deadline, officially filing with the U.S. Court of Appeals for the District of Columbia Circuit to stay the current Sept. 14 deadline for earth station operators to decide if they will opt for the lump sum payment reimbursement plan.

The basis for ACAC’s desire to stay the lump sum deadline is the belief that the final cost catalog is not calculated properly, as it does not include the cost for integrated receivers/decoders (IRDs), which would help them transition to fiber delivery. ACAC gave the FCC until Aug. 26 (after the commission extended the lump sum deadline to Sept. 14) to respond to its petition for a stay. Having received nothing, ACAC filed a writ of mandamus with the court

“If MVPDs are forced to make an immediate, irrevocable decision whether to accept the FCC’s Wireless Telecommunications Bureau’s deficient lump-sum amount, they will have a strong incentive to forgo the lump-sum option and choose earth station relocation—even if upgrading to fiber would be less costly overall,” said Matthew Polka, president and CEO of ACAC. “The added public benefits from fiber upgrades would be lost. And once lost, those benefits cannot easily be salvaged.”

The FCC has previously determined that lump sump payments are meant to be an approximation of the cost of moving earth stations from their current C-band spectrum to the upper 200 MHz, not technology upgrades as they believe the inclusion of IRDs would be.

Because the FCC review of the Wireless Bureau’s action is still pending, ACAC filed the writ of mandamus since it can not seek ordinary appellate. ACAC will need an extraordinary writ issuing from the court to protect ACAC and its members from the Sept. 14 deadline.

The C-band auction, which will make the lower 280 MHz of the spectrum available for wireless and 5G development, is scheduled to take place on Dec. 8.