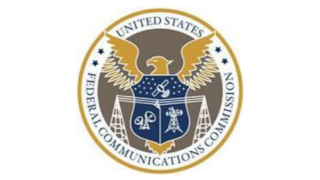 WASHINGTON—FCC Chairman Ajit Pai announced a handful of changes to the commission’s Office of Media Relations staff, including a new hire, a pair of promotions and one departure.

The hire is of Anne Veigle as the new deputy director of communications, who joins the FCC after having most recently served as the director of public affairs at the Department of Commerce’s National Telecommunications and Information Administration. Other past experiences for Veigle included time as a senior editor and associate managing editor for Communications Daily; senior vice president of communications for USTelecom; chief editor at the U.S. Trade Representative; and a reporter for The New Orleans Times-Picayune and The Washington Times.

Will Wiquist and Katie Gorsack are the two FCC staffers that have received promotions. Wiquist, who had been the FCC’s deputy press secretary since 2015, has been given the new position of associate director of communications and policy advisor. Prior to joining the commission, Wiquist was the executive director of the Green Mountain Club in Vermont, served as a press secretary in the U.S. Senate and worked on telecom policy for the state of Vermont and at the trade association CompTel.

Gorsack, who joined the FCC in 2014 as director of communications for the Connect2Health Task Force, has been lifted to the role of senior communications advisor. Gorsack’s previous experience includes doing public relations and digital strategy for the U.S. Department of Health and Human Services and the U.S. Department of Agriculture’s Foreign Agricultural Service; she has also worked in the private sector.

In addition, it has been announced that Tina Pelkey, who had been serving as press secretary, is leaving the FCC for a position in the private sector. Chairman Pai thanked her for her three years of service at the commission. There was no word on who will take over the role of press secretary at this time.