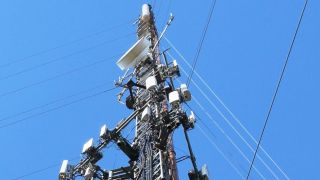 WASHINGTON—The FCC has officially eliminated the World War II-era rules that prohibited TV and radio licenses to be granted to or renewed to a person or organization that controlled an antenna site. This rules were scheduled to be on the docket for the commission’s August open meeting on Aug. 6, but will now be removed.

“We conclude that these rules no longer serve any practical purpose in light of significant broadcast infrastructure development that has taken place since they were first adopted 75 years ago,” the FCC wrote in its Report & Order. The commission described the action as a part of its continued process to modernize media regulations.

The original rules, which the FCC notes were adopted when TV and FM broadcasting were emerging industries and when materials were scarce because of WWII, precluded anyone who owned, leased or controlled an antenna site from being granted a license, or a renewal of one, if the site was not available for use by other such licensees.

“Since that time, the broadcast market has grown significantly with a corresponding increase in the number of antenna sites available,” the FCC wrote.

The commission said that it received no comment from any broadcast licensees that would be affected by the removal of these rules. In fact, only two comments were received, both from consumers, with one agreeing that the rules are “outdated.” The other comment did express concern on the importance of preserving the widespread availability of FM and TV broadcasting, to which the FCC agreed and said it does not believe the elimination will result in any such negative impact.

The FCC presented four reasons as to why it’s eliminating these rules. First, the rules no longer apply to today’s marketplace, as TV and FM broadcasting are firmly established and there is no evidence of a shortage of materials. Second, the communications tower market is dominated by entities that do not hold broadcast licenses and there is no indication that they intend to restrict access to tower users’ competitors. Third, the current rules apply only to “extremely limited circumstances.” And lastly, maintaining these rules would be a waste of FCC time and resources, per the commission.

“Simply put, based on our expert judgement and lack of record received, we find that these 75-year-old rules have outlived their utility,” the FCC concluded. “Therefore, we determine that it is in the public interest to eliminate these outdated rules.”