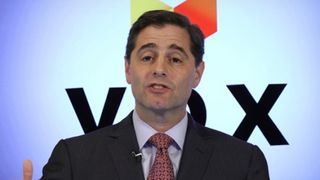 FCC chairman Julius Genachowski said that since 2009, the FCC has been focused on broadband — its opportunities and challenges — and has laid a foundation for the broadband age by creating a climate for investment and innovation.

“We clarified our broadband-related mission: promoting innovation, unleashing investment, fostering competition and empowering consumers,” Genachowski said last week. Yet, he added, while the United States has come a long way in recent years to deploy fast and affordable broadband, “The country faces real challenges in meeting its goals and staying competitive globally.”

In a speech at Vox Media headquarters in Washington, D.C., Genachowski highlighted the need for “capacity, ubiquity and speed” in broadband markets, emphasizing their effects on innovation and the role of the United States as an international leader.

In adopting the National Broadband Plan, he cited an article from The New York Times that said the plan signaled “a shift at the FCC, which previously gained more attention for policing indecency on the television airwaves than for promoting Internet access.”

“When we introduced this idea three years ago, the reactions were a) there’s no spectrum crunch, and b) the idea isn’t politically viable and will go nowhere. Well, today virtually every expert confirms the vital need to free up spectrum, and the incentive auction went from idea to law, with Congress getting it done earlier this year.”

Our increasingly knowledge-based economy, he said, is powered by broadband, and “our broadband economy and its foundation have come a long way in the past four years — both in absolute terms and relative to our global competitors.”

In 2008, he said Businessweek described America as having been a wireless backwater.

“We were talking then about Europe’s lead on 3G, and about the vibrant mobile innovation in countries like Japan and South Korea,” he said. “But thanks to innovative American companies — software, mobile, broadband providers and others — and to smart government policies, the story today is different. It’s one of comeback and leadership.”

After trailing in key 3G metrics, the U.S. is now leading the world in deploying the next generation of wireless broadband networks — 4G LTE — at scale.

“Today we have 69 percent of the world’s LTE subscribers and every expectation to maintain 4G leadership for the foreseeable future,” he said.

More than 80 percent of smart phones sold today throughout the world run operating systems developed by U.S. companies, up from less than 25 percent three years ago. And U.S. companies are the leaders in the tablet sector worldwide, accounting for roughly three-quarters of tablets sold and for the operating system on almost all tablets.

“The percentage of American adults using tablets and e-readers has leapt from two percent to 30 percent in just three years,” Genachowski said. “From 2009 to 2011, annual investment in wired and wireless networks increased approximately 30 percent to more than $60 billion, even in this challenging economy.”

The FCC, he said, needs to continue to be broadband’s “cop on the beat” to make sure all the players conduct themselves fairly.

“This means continuing to fairly and rigorously review all transactions that come before us, distinguishing between efficiency-enhancing deals that serve the public interest and should be approved without issue, and those that threaten harm to competition and consumers,” he said. “It means an obligation to consider all options: divestitures, blocking deals and imposing conditions. And it means vigorously enforcing conditions on transactions so companies can’t flout or ‘work around’ their obligations.”