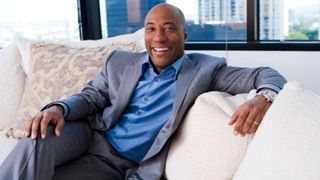 LOS ANGELES—Entertainment Studios, an independent producer and distributor of films and TV owned by Byron Allen, has announced an acquisition of 11 broadcast television stations from USA Television for $290 million.

“These stations are dedicated to their local communities and this transaction will enable them to become even stronger on both their broadcast and digital platforms,” said USA Television CEO Robert S. Prather Jr.

With these new stations and the four acquired this past July from Bayou City Broadcasting for $165 million, Allen Media Broadcasting’s group of television stations is now at 15 across 11 markets. Allen also partnered with the Sinclair Broadcast Group to acquire 21 regional sports networks from Walt Disney/Fox for $10.6 billion in August.

Allen says that his company will continue to “aggressively look” for other opportunities for growth.