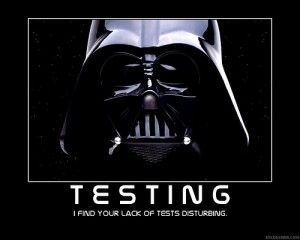 MULTIPLE CITIES: It was the bests of tests, it was the worst of tests, according to the fallout from yesterday’s dry run of the Emergency Alert System. The test took place Nov. 9 at 2 p.m. Eastern Standard Time.

At 8 a.m. today, however, the EAS equipment at KCRW-FM in Los Angeles seems to have inadvertently kicked on. Programming went silent for a few seconds before the opening tones and data bursts played with no audio overlay stating, “This is a test...” Television Broadcast has inquiries in with KCRW about the incident.

Other such unauthorized uses of the tones have been reported, including NBC’s use of the tones in “Today” show coverage. Both may have violated Federal Communications Commission rules prohibiting such uses. The FCC did not respond to a query about whether or not there will be a period of amnesty for intentional or unintentional unauthorized use of test tones.

More than 30,000 TV and radio operations took part in the official test yesterday. It was the first such test of the system using presidential alert codes transmitted to primary stations, which in turn trigger equipment at monitoring stations, and so on down the line. It went off without a hitch in some areas and failed in others.

“It was a disaster... How do you fail at your own emergency alert test,” radio host Michael Graham told the Boston Herald.

“No extra [911] calls were received, although dispatchers were prepared, after the first nationwide Emergency Alert System test went without a glitch Wednesday,” the news outlet said.

Brian Stelter of The New York Timesasked his Twitter followers for feedback. Some Comcast subscribers reported momentary break-ins of QVC rather than the test. One said it was late in the Minneapolis market. Yet another noted that in Greensboro, N.C., the cable networks carried it but the broadcast networks did not.

The test failed entirely in Oregon, according to KVAL-TV , the CBS affiliate in Eugene. The alert was supposed to originate in the state with Oregon Public Broadcasting, which said its EAS software could not read the specific code used for the nationwide presidential alert.

KMGH-TV, the ABC affiliate in Denver, said it’s over-the-air viewers didn’t get the alert due to technical problems. EAS encoders were triggered, but the message that came over was incomplete and caused the station to lose audio for more than two hours while station engineers “rebuilt several computer programs.”

EAS participants had to fill out three sets of online forms to provide feedback on the tests, with the final one due by Christmas Eve. (It was supposed to be available today, but was not accessible on the FCC website at press time.) Federal officials said they are now collecting an analyzing data.

“Based on preliminary data, media outlets in large portions of the country successfully received the test message, but wasn’t received by some viewers or listeners,” said Damon Penn with the Federal Emergency Management Agency and Jamie Barnett of the FCC in a joint statement. “We are currently in the process of collecting and analyzing data, and will reach a conclusion when that process is complete.”