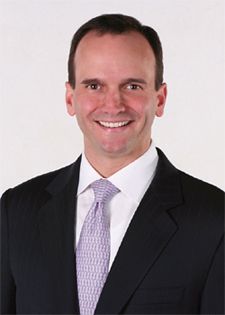 Television is immortal! Let me explain what I mean by that…

When you look at our industry, there has been an awful lot of talk about the death of traditional media. A common theme over the last few years seems to be that TV is in its death throes, or at least having its last rites read. The same goes for the companies that have been the cornerstones of the global media business. I strongly disagree – as do the facts.

Most studies show populations watching more TV than ever. A recent report by UK regulator Ofcom showed that while people, on average, squeeze eight hours and 40 minutes worth of media consumption into seven hours per day by using more than one medium at a time, TV is the one type of content that is still overwhelmingly watched on its own. Among adults in the UK, 83 per cent of their TV viewing time is focused on it, and nothing else. And while media multi-tasking is popular throughout the day, scheduled television still emerges as a single-focus activity for many people in the evening.

So why all this talk of death and dying? I think uncertainty is driving this discourse. Currently, nobody can tell for sure how the broadcast market is going to evolve, and uncertainty makes for tough business. Having seen the challenges faced by the print and music industries, people can’t help but wonder if TV will follow suit. I think not.

Print had to contend with the Internet delivering a very good substitute, but cheaper and in real time.

The music industry responded to technological and behavioural changes by suing its own customers, which is generally not a business’ wisest course of action…

The broadcast industry, on the other hand, is embracing the Internet as a wonderful new channel to market – harnessing digital and using technology to enrich the medium. Even as we are still in a global transition to HD, emerging technologies like 3D in homes and 4K vertical pixels in theatres are starting to become commercially viable, continuing to enhance the medium and the consumer experience.

So it appears that TV is more resilient than those other media industries. But negativity is in the news, because the one absolute truth is that certain business models may be under pressure or may no longer be viable. But isn’t that the brutal nature of business? While our industry is changing, we face many of the same challenges that have faced countless leaders before us.

The Future of TV is Bright

In this time of change, what things can we know, or predict, for sure? First, it is clearly no longer good enough to crank out the same content, raise rates by 10 percent every year, pipe it out the same old way, and think you are going to make money. There will never be another format or platform that allows us all to sit back for a decade and relax. It was nice while it lasted, but that time is now long gone.

Third, and most encouraging, is this: great media companies will remain. The business models will be different and the rules will be different, but making great content remains. Products have a short life span, but innovation can be eternal. Among all of the exciting new devices, platforms and services, who remains at the centre of the content and the distribution? All of the ‘traditional’ TV customers!

The organisations that survive the turmoil will be those that understand there is a huge appetite for ever-better content served in ever-better ways – those who work to deserve, not preserve their customers’ loyalty.

The future of companies like the BBC and CBS is bright, and it is firmly anchored in their heritage. They make great content – action-based live sports, breaking news, thoughtful dramas, and appealing comedies that engage and compel the viewer no matter what platform he or she chooses to access the content.

Will we see declines in traditional media? Possibly. But traditional media people have proven to be good at finding customers, getting stuff to them, and getting paid for it. Sharp media thinkers aren’t going to die. They are going to evolve further.

At the recent Connected TV forum in London, I heard Griff Parry from Sky repeat, “We are platform agnostic.” What was once thought of as solely a satellite company has transformed itself into a strong content brand – and an innovative, multi-platform deliverer of that content to devices. Innovation will create the business models we need to evolve and prosper.

And what about the death of broadcast? I don’t see it. India now has more television households than the US. The Middle East has tripled its number of television channels in the past five years. If you are trying to reach your audience in high-quality, cost-effective ways, broadcast remains king – not just in Europe or the US, but also all over the world. Knowing your consumer, and reaching them in the right ways, is key. And TV is immortal.