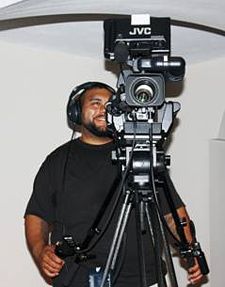 With a growing footprint in Texas, Georgia, New Jersey, Colorado, and Hawaii, the 23-year-old Church of Champions decided to replace its outdated SD system. Live coverage of Sunday sermons are produced for its website. Three of the four GY-HM790U cameras used for it have full studio configurations. The fourth camera is a handheld unit used on and around the platform and altar. All four ProHD cameras are equipped with KA-M790G multicore studio modules.

The church first used its new JVC system on Sept. 30 for its “Thinking Out Loud” webcast, which had around 600 viewers. Church creative director, David Grisby, said the church intends to produce more webcasts and international events as it expands its multi-site capabilities.