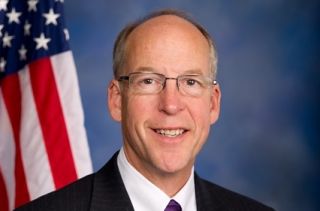 WASHINGTON—Official legislation has been introduced by Rep. Greg Walden (R-Ore.) that seeks to promote diversity in the broadcast media industry and support local broadcasters across the U.S. through the creation of a broadcast incubator program.

The Broadcast Diversity in Leadership Act would create this incubator program, which would be led by the FCC, to allow existing broadcasters to form partnerships with emerging broadcasters to enable greater access to financial resources as well as allow for information sharing, mentoring and other activities that aim to promote diversity in broadcast ownership.

Walden, who is the Republican leader for the Energy and Commerce Committee, is a former radio station owner.

“I understand the importance of ensuring broadcast owners and their content reflect the communities they serve,” said Walden. “We must ensure our local broadcast media stations can continue to compete in today’s media marketplace and attract future generations to the industry to continue to provide local and diverse information across communities. I am proud to introduce this bill today that will support our hardworking broadcasters and ensure the industry’s continued growth and prosperity.”

The bill has already received the support of the NAB, the Multicultural Media, Telecom & Internet Council (MMTC) and the National Association of Black Owned Broadcasters.

“NABOB is pleased to support Congressman Walden’s bill directing the FCC to create an incubator program to support the entry of new and diverse voices in the broadcasting industry by providing for an established broadcaster and an emerging broadcaster to enter into a qualifying incubator  relationship,” said James Winston, president of NABOB. “NABOB has supported the creation of an incubator program for many years. We are very grateful to Congressman Walden for taking this next step toward its implementation.”

The full bill can be found online.