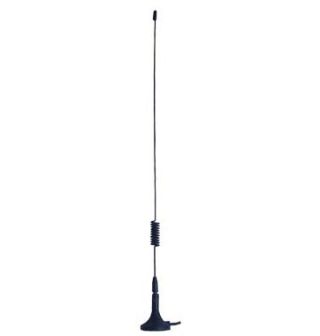 OFDM is the transmission scheme not traveled by the TV broadcast industry on the path from analog to digital telecasting. The industry instead chose to transmit signals via 8-vestigial sideband modulation. Spectrum Evolution is advocating to free the broadcast industry from 8-VSB.

The group’s technical demonstration involved the use of Converged Mobile Multimedia Broadcasting technology, now being deployed throughout China. Seven video content streams were fed to 12 different CMMB-based receivers, from cell phones to dedicated handheld devices made by Samsung, Motorola, HTC, LG and Sony-Ericsson.

“There is no doubt that the technology exists for all broadcasters to move forward in provisioning state-of-the-art broadcast/broadband services, and the CMMB technology we demonstrated to the FCC is certainly one of those viable options,” Herman said. “However, even though there is no question that these exciting new technologies exist, and should be made readily available to the American public, we have significant concern that some of our public servants within the FCC would rather see broadcasting wither and die so they may more easily redistribute broadcasting spectrum to wireless companies through auctions.

“We believe it is essential to challenge the FCC concerning their policies in this area and make certain they remember that they work for the American public and not simply as facilitators for allowing the wireless industry to assume control of not only conventional point-to-point wireless but also the point-to-multipoint distribution that broadcasters have faithfully provided for nearly a century.”

Spectrum Evolution recently applied for an experimental license to test OFDM-based DTV transmission over the air in Portland, Ore., where Herman runs LPTV group Watch TV. The group is getting help from CMMB America, a company focused on Converged Mobile Multimedia Broadcasting and a division of Hong Kong-based CMMB Vision, which makes printed circuit boards for that purpose among others. CMMB Vision was formerly Global Flex Holdings, Ltd., incorporated in the Cayman Islands. Dr. Hui Liu, an IEEE fellow who is a member of the Spectrum Evolution management team, was listed as a non-executive director for Global Flex in its 2009 Annual Report.

Spectrum Evolution said CMMB flew in personnel from China for the FCC demo, and noted that “tens of millions of CMMB receivers are already deployed in other countries.”

The FCC was represented by Rebecca Hanson, senior advisor and special counsel in the Media Bureau; Julius Knapp, chief of the Office of Engineering and Technology and five OET staff members. Mark Aitken, director or advanced technology for Sinclair Broadcast Group, a long-time advocate of COFDM, and Scott Goodwin, associate general counsel of legal and regulatory affairs for the National Association of Broadcasters also joined the fun.

Spectrum Evolution said that in early 2011, it intended to “make certain that Congress is fully aware of the pending calamity that is about to be forced upon many of the broadcasters, including small business owners, women and minorities across the country, who serve audiences neglected by big stations. It is critical that Congress fully understand that the destruction of the broadcasting industry, in favor of greater consolidation of spectrum into the hands of wireless operators, is poor public policy at best and will serve only to destroy the rich history and diversity of voices unique to the U.S. broadcasting industry.”
-- Deborah D. McAdams