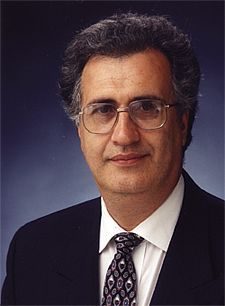 WASHINGTON
When the FCC green-lighted its "Spectrum Flexibility NPRM and NOI" (scheduled as a centerpiece of the commission's July meeting), the formality culminated a month of preparation and preliminary preening over what promises to be a long, harsh battle over how America's airwaves are used.

Officially, the FCC's Notice of Proposed Rulemaking and Notice of Inquiry seeks "comment on ways to encourage investment in terrestrial broadband services," according to the commission's statement. From the perspective of many broadcast licensees and analysts, it formalizes the "spectrum grab" they have been fearing since March, when FCC Chairman Julius Genachowski unveiled a "National Broadband Plan" that envisions repurposing 120 MHz of current TV bandwidth for mobile/wireless services.

The cellularizaton topology, also known as Single Network Frequency (SFN), envisions reducing the distances between DTV transmitters and sharing of some spectrum.

Among the working group's conclusions: "The operating expense of an SFN… for traditional television broadcasters makes it economically unviable for even the large market TV stations" and the plan "likely will not recover spectrum in areas where it is most needed."

"Shifting broadcasting to a cellular architecture would not result in reclaiming a substantial amount of spectrum," Donovan said. "What you're looking at is tens of billions of dollars in costs with no appreciable benefit of spectrum reclamation."

Victor Tawil, MSTV's senior vice president, who sat on one of the Forum working groups, added that the value would be minimal "even if you reduce cell size to county-wide areas."

"The facts are the same," Tawil continued. "If you have more than one channel, it doesn't matter if you use a large or small cell. If that cell has 20 or 30 channels, it doesn't matter what is the cell size. A congested area will always need the same number of channels."

As for VHF reception, as described by the FCC working group, improvements are "difficult" and limited by "the laws of physics, the RF environment [and] the practical limitations of transmitting and receiving equipment design."

Among the conclusions of the VHF working group was that there are no "silver bullets" that will offer dramatic improvements for DTV for the VHF bands, "including indoor reception."

The VHF group identified several options for sharing the low VHF band with existing licensees, such as designating part of the band for "Spectrum Innovation" to permit "alternative uses of it for long-distance digital data backhauls."

"The improvement we saw was around the edges," he added, acknowledging, "We can do a little better quality of service.'

Reflecting on the FCC Forum, Tawil said, "People look at this as the end of the story, but really it's the beginning chapter of the technical discussion. There will be many chapters."

Mark Richer, president of the Advanced Television Systems Committee, also a participant at the FCC Forum, voiced concern that the Plan now being discussed is "too short-sighted."

He pointed to the discussion of the MPEG-4 compression system, warning against "doing anything that is not backward compatible.

"You should look at whole systems," Richer said. "If we start a transition to MPEG-4, by the time we're done, MPEG-4 will be old technology." He said that ATSC is looking "way out to the future," citing its new effort to define "next generation broadcast technology."

"If you rethink a system, you'll focus on other things," he added, emphasizing the value of "inter-related thinking."

"A short-term approach is not in the best interests of the country."

MEANWHILE, AT THE WHITE HOUSE

Shortly after the Forum, President Obama endorsed the spectrum overhaul, issuing a memorandum making 500 MHz of commercial and government spectrum available for auction and for unlicensed use by 2020. The order delegates the Commerce Department's National Telecommunications and Information Administration and other federal agencies to work with the FCC to identify airwaves and prepare an auction process.

The White House immediately dispatched Lawrence Summers, director of the National Economic Council, to assure broadcasters that the plan does not "require" TV stations to relinquish their airwaves. Summers, in a presentation at a Washington think tank, insisted that "a large fraction" of the spectrum will come from government assignments. He said that the proposal envisions allowing "all stations that currently broadcast the right to continue to broadcast."

"This plan is based on volunteerism," Summers said, emphasizing that, "If a station decides to share its spectrum or give up its licenses, it will share in the proceeds of the auctions… Decision about spectrum use will not be made by the government." He said the government role is "to help shift the use of spectrum to highest value uses."

The harshest critics of the White House memorandum called it a "political statement," not a roadmap, suggesting that the spectrum issue is a distraction from the need to focus on making the current TV system better.

The NAB said it appreciates "assurances that further reclamation of broadcast television spectrum will be completely voluntary… without jeopardizing the future of free and local TV service." But it also encouraged Congress to adopt, as its "first priority" a spectrum inventory to identify "fallow spectrum or companies that may be 'warehousing' the airwaves."

Howard Liberman, a partner specializing in broadcast law at the Washington office of Drinker Biddle and Reath, observed that the proposed process of spectrum volunteerism "goes against the whole history" of broadcast regulation.

"The FCC would be relinquishing its control over coverage and the public's ability to receive a signal," Liberman said, citing the shift toward favoring wireless broadband services. "There's a public interest concern… Someone is making the decision that a paid broadband Internet access is more in the public interest than over the air TV."

Liberman, who represents broadcasters, is concerned that the FCC initiative would reduce the availability of services such as HDTV if broadcasters decide not to carry such programs because they turn over some spectrum to broadband.

Meanwhile, Congress is continuing to explore an update to the 1996 Telecommunications Act. Roger Sherman, chief counsel for communications and technology policy at the House Commerce Committee, at a broadband conference in Washington in June, stressed that Congressional tinkering will be an "update," not a wholesale "revision" of the '96 Act. He indicated that spectrum policy will "absolutely" be part of the congressional examination, including spectrum sharing and "an "incentive auction."