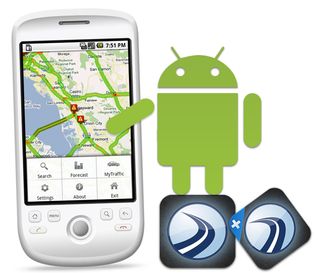 SANTA CLARA, CALIF.: That Andre Gueziec is a coding fool, or at least he has a shop full of them at Triangle Software. This time, the developers of Beat the Traffic have released an Android application for the software. The release follows similar ones for Blackberrys, iPads and iPhones. BtT rolled those out at NAB 2010 last April. BtT, introduced at the trade show in 2005, tracks and monitors traffic information. It provides real-time speeds in more than 110 cities in the United States and Canada, and images from traffic cameras in 35 cities.

BtT said the Android app had 31,000 downloads within a few days of its release. There are two versions--a free one with ads, and one with no ads for $3.99. Both are available in the Android Market Place.

BtT won a patent in May for software that predicts the average speed for a given stretch of road. The speed-prediction technology received U.S. patent No. 7,702,452. Triangle was funded in part by the National Science Foundation as an early innovator in traffic prediction and presentation science.