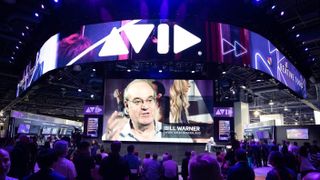 BURLINGTON, Mass.—Avid said today that it is delaying its announcement of new products until summer. The company had planned on unveiling the news at its “Avid Connect” event scheduled just prior to the NAB Show, both of which were cancelled due to the coronavirus pandemic.

“Our customers are inundated, dealing with the coronavirus crisis, from trying to get business continuity set up or getting remote workers working,” said Avid CEO Jeff Rosica. “We're dealing with literally hundreds, if not tens of thousands of users, and hundreds of customers around the world, so we decided it was probably better during the heat of this crisis not to be coming out and announcing new products.”

“Avid is planning to take its products on a global tour, hopefully by the end of the year,” Rosica said. However, the pandemic requires that the company focus on helping its customers get through the current crisis.

“We're going to keep all of our teams focused on helping our customers,” Rosica said.

“The bottom tier is people working from home just needing to get an extra piece of software installed on their machine at home so that they can start using Dropbox or, you know, FedEx drives back and forth, whatever,” Rosica said.

The company has launched a remote work website to help answer questions for those personnel working from home: https://www.avid.com/remote-work. On March 16, it announced that it was offering free 90-day licenses for each of its registered users of Media Composer | Ultimate, Pro Tools, Pro Tools | Ultimate, and Sibelius | Ultimate through Friday, April 17. This offer was also made to any student of an Avid-based learning institution that uses Media Composer, Pro Tools or Sibelius.

The “second tier,” according to Rosica are those working from home that need to be connected to the “mothership.”

“There may be a couple people in the office, keeping it running, but all the production and newsrooms and everything are remote,” he said. “In that case, we're doing remote workflows, where we're helping people set up cloud environments where it's like they're on the network in the office, but they're at their house. And so we're using public cloud to basically extend the networks and give people remote solutions to their work.”

The first tier are the large media companies that need to keep operating and continuing their role informing the public. Rosica used the recent coronavirus scare at the CBS News headquarters in New York as an example.

“That really created a problem because they couldn't even get to their systems,” he said.

These “business continuity” efforts are essential at this time, according to Rosica.

“We're helping the number of media companies literally move complete business continuity environments in the public cloud, so they can keep productions running,” he said. “We're literally duplicating people's environments into the cloud, keeping it in sync. So if anything goes wrong, they can literally just move on and keep working.”

The pandemic has brought film and television production to a “screeching halt,” Rosica said.

“Some of those shows were already in the can, but yeah, it's brought 90% of the production to a halt or or changed it dramatically,” he said. “But that'll come roaring back. I think that Hollywood will have to go back into production fast and probably at a feverish pace for a while just to get caught up.”

Rosica said Avid had been following the progress of the pandemic since early reports emerged from China.

“We saw this unfolding even in China and Asia for us. We were having to move because of our significant employee base there,” he said. “We made a global move pretty aggressively and from the very beginning. We have a whole operational plan and strategic plan around this crisis.”

Rosica said customer support calls have “nearly doubled” over the past several weeks but that the company is keeping up with the demand.

“We've been having people work a lot of overtime to help with the load,” Rosica said.