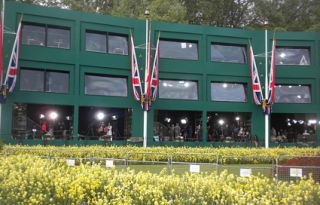 APTN was the first news agency to offer a worldwide High Definition (HD) live broadcast of the event, marking a new era in international news distribution. A full 10 hours of High Definition coverage was delivered to news channels on a network of specially-leased satellites.

Since Monday, APTN Direct has delivered more than 53 hours of live coverage from Buckingham Palace, Westminster Abbey and the Goring hotel, culminating in Friday’s ceremony and long-awaited kiss on the balcony.

The ceremony capped months of comprehensive coverage, with APTN producing more than 85 stories on the approaching wedding since February.

APTN clients received a further 35 wedding edits on Friday alone, capturing the event from every angle, with exclusive analysis from AP Royal Consultant Jennie Bond. “The Royal wedding is a truly momentous event in the history of the monarchy, and I am thrilled to have been part of it.”