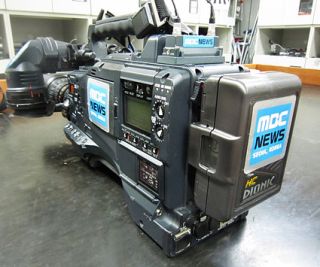 The order of 30 Dionic HC batteries brings the company’s total to 130. The Dionics are used primarily in the central newsroom as well as in the production of sports and various cable programming.

MBC is reportedly one of the top broadcast networks in Korea, with a nationwide network of 19 regional stations and 10 subsidiaries.

The Dionic HC cells offer a reported 10 amps of power, and uses a honeycomb cell pack design to protect the unit. The battery was designed to provide 91Wh and operate a 40-watt HD camera for over two hours.

Anton/Bauer is part of the Vitec Group.