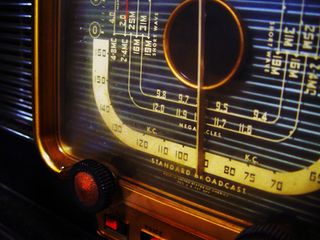 NEW YORK: TV upfront presentations concluded last week with expectations of moderately higher rates, a brisker deal pace and a stronger scatter market than in 2009. The overall take-away for Wells Fargo’s media analysts was one of continued recovery among the medium’s biggest advertisers.

“We assume CPM increases... likely 5 to 9 percent, with CBS at the high end, posting an 8 to 9 percent increase,” they wrote. “NBC at the low end with 5 percent, and Fox [and] ABC at 6 to 8 percent. We suspect buyers will attempt to use recent market volatility and a potentially weakening consumer to drive down rates. Cancellations will most likely rise in ’11 versus ’10.”

By comparison, cable network CPMs are assumed to be up 4 to 6 percent, versus a similar decline last year.

In addition to the CPM increase, this year’s deals are expected to close faster than 2009’s.

“Last year, it took until the end of June for NBC to write the first upfront deal, with the overall process dragging out for several more weeks,” the note said. “This year, given the strength in the scatter market, our sense is that the broadcast nets should wrap up by the July 4 holiday, and that ABC will write the first deals.”

Networks will likely hold more inventory for scatter this year, with current rates posting as much as a 25 percent increase over last year. That type of hike may correct itself in 2011, however.

“Unless scatter again posts double-digit increases relative to the 2010 upfront, scatter-over-scatter will likely be lower on a year-to-year basis by this time next year, which would compress growth for both broadcast and cable nets, and weigh on the stocks,” the Wells Fargo team said.

For now, the momentum that started in 4Q09 is anticipated to persist through the rest of this year. Third-quarter ad budgets appear strong.

“We also think there is a lot of money on the sidelines waiting to be released for 4Q10,” the said. “For now, we don't expect U.S. multi-nationals to pull domestic spending based on European-related concerns.
-- from a note by John Janedis, Marci Ryvicker, Jaime Morris and Brendan Metrano of Wells Fargo