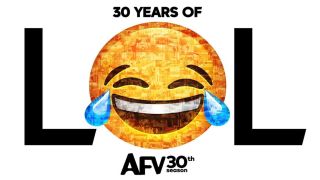 LAS VEGAS—“America’s Funniest Home Videos” (AFV), which has been highlighting humorous real-life moments for 30 years, is being inducted into the NAB Broadcasting Hall of Fame at the 2020 NAB Show.

“AFV” is distributed in more than 100 territories around the world, has shown nearly 2 million video clips and has given more than $16 million in prize money throughout its history.

The show was created in 1989 by Vin Di Bona, who also serves as its executive producer, and was hosted by Bob Saget for the first eight seasons. Tom Bergeron began hosting the show in 2001 and would continue in that role for 15 seasons. In 2015, Alfonso Ribeiro took over hosting duties from Bergeron.

Di Bona, Ribeiro, Bergeron and Saget will be on hand to accept the honor and participate in a panel discussion.

“‘America’s Funniest Home Videos’ is a timeless fixture in American broadcasting, crowdsourcing short, comedic films in the midst of the camcorder boom and continuing to thrive into the age of viral video sharing,” said NAB CEO and President Gordon Smith. “It is our honor to recognize a show that has entertained families for more than three decades.”

“AFV” will be inducted during the NAB Show Achievement in Broadcasting Dinner on Monday, April 20, at the Encore Las Vegas.