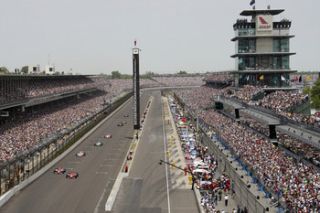 NEW YORK and INDIANAPOLIS: ABC and the Brickyard will mark 48 years together with a new rights deal. The network signed a six-year rights agreement with the Indianapolis 500 through 2018, “extending one of the longest-running relationships between a sporting event and a television network past the half-century mark,” sister sports net ESPN said.

As part of the new agreement, ABC will be the exclusive broadcast network partner for the IZOD IndyCar Series from 2013-18 and will continue to televise four races each year in addition to the Indianapolis 500. ESPN also has international syndication rights for all IZOD IndyCar Series races.

“The Indianapolis 500 and ABC have been together since 1965 and we are very proud to extend the relationship with this new agreement,” said George Bodenheimer, president of ESPN and ABC Sports. “The 500 is a uniquely American event and a Memorial Day tradition, and we especially look forward to televising the 100th edition of the race in 2016.”

The Indianapolis 500 aired as part of ABC’s “Wide World of Sports” from 1965 until 1971, when it was broadcast for the first time as a same-day, stand-alone, tape-delayed telecast in prime time. It was shown on a delayed basis until the first live telecast in 1986. This past May, ESPN’s production of the Indianapolis 500 telecast used 64 high-definition cameras, a satellite-activated effects system and more of the most modern television technology available.

Beginning in 2012, ABC’s coverage of the Indianapolis 500 and the IZOD IndyCar Series will be expanded to include live streaming of ABC’s onboard cameras on ESPN3.com, ESPN’s signature broadband sports network. The streaming of the onboard cameras also will be available to ESPN3 subscribers via www.indycar.com.

ABC has televised IZOD IndyCar Series races every year since the formation of the series in 1996 and has aired five races each year under the current agreement, which began in 2009 and runs through the 2012 season.

ESPN also has highlight rights for the ABC races across all ESPN platforms. The next IZOD IndyCar Series race airing on ABC will be at New Hampshire Motor Speedway in Loudon, N.H., on Sunday, Aug. 14, at 3:30 p.m. ET.