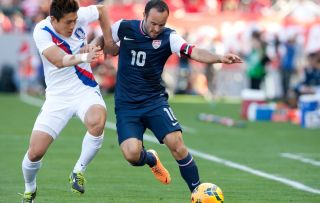 LONDON—Sports fans want to catch all of the action so much that even while nearly all of them subscribe to a service that would offer sports content, more than half pirate content at least once a month, according to a new report released by Synamedia.

Synamedia’s “Charting Global Sports Piracy” report, which is based on a survey conducted by Ampere Analysis in 10 countries with 6,000 respondents, finds that 89% of sports fans have either a pay-TV or an OTT subscription service, yet 51% still pirate sports on a monthly basis. In addition, 42% of those who pirate sports content watch it on a daily basis, more than 60% higher than the average sports fan.

Additional data found from the report also noted that 31% of those who watch illegal content regularly do so because the event they watch isn’t shown locally. Also, 29% of those using illegal sites and services paid for access. Overall, just 16% of online sports fans say they never watch via illegal sources.

The Synamedia report also classified respondents into three segments of fans and detailed their attitudes and behaviors regarding sports content.

The report found 26% of respondents were “Loyal Stalwarts,” who disproportionately are found in nations where soccer is popular. These fans often watch pay-TV sports and believe it is wrong to watch pirated sports content, yet 35% still do so at least weekly. However, they say they would upgrade their sports subscriptions if they could access more legitimate content at home and on the move.

“Fickle Superfans” made up 31% of respondents. These fans were primarily from developing markets and all consume pirated content, 89% of them doing it weekly. They say they might pay more for legitimate sports services if they could access more flexible packages, a broader range of sports or multiscreen services with flexible terms and frictionless onboarding.

The final, largest group is the “Casual Spectator” (43%). These respondents mostly only follow major sporting events like the Olympics or the Super Bowl. They are the least likely to pay for a legitimate sports TV subscription, while 17% watch illegal content on a weekly basis. They reportedly could be drawn away from pirate streams with “light” access to tournaments, flexible payment models and play-to-play access of big events.

“Global spend on TV sports rights is set to total almost $50 billion in 2020. Protecting these revenues and keeping sports on screens requires a deeper understanding of the evolving piracy landscape and a cogent response,” said Simon Brydon, senior director, Sports Rights Anti-Piracy at Synamedia. “This initial research into what motivates sports fans to access illegal streams establishes a baseline for a more nuanced and targeted approach to combatting piracy. Our ambition is to help sports rights holders and operators apply a more forensic approach that drives up legitimate revenues, reduces sports’ fans reliance on illegal streams and takes the wind out of the pirates’ sails.”