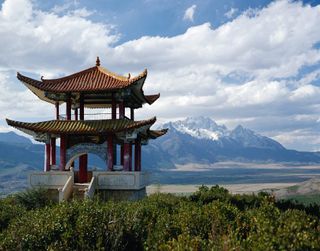 EL SEGUNDO, CALIF.: The long-awaited 3D channel from Sony, Discovery and IMAX is about to debut. The trio scored carriage on DirecTV, which will launch 3Net this Sunday. The direct broadcast satellite TV provider is the first one to pick up the channel. It will go live at 8 p.m. ET on Ch. 107, starting with new original programming. The first telecast, “China Revealed,” launches an hour-long series exploring the vast Asian nation.

The three companies in cahoots on 3Net announced plans to develop the channel a year ago. Several programming announcements have since been made, exemplifying the intent for 3Net to have the largest library of native 3D content of any 24/7 channel, and the largest “in the world by the end of 2011.” Other debutantes on launch night will include “Into the Deep,” at 9 p.m., a special that took the IMAX 3D camera underwater for the first time. At 10 p.m., “Forgotten Planet” will explore the “strangest places on Earth,” not counting Washington, D.C.

The network will offer what Sony, Discovery and IMAS say is “an unprecedented rollout of original 3D series and program debuts every night at 9 p.m. ET.” The dearth of 3D content has been considered a hindrance to the wider adoption of 3DTV.

Fewer than 700,000 sets had shipped in the United States by last fall. Only around 140,000 3DTV sets have sold in the United Kingdom, where BSkyB estimates that half subscribe to its 3D service. Nielsen polled 27,000 folks around the world late last year and found that 59 percent of responding North Americans had no plans to buy a 3DTV set--the lowest among five regions.

“No one has taken the really powerful TV dramas and made them with the eye toward 3D,” CBS’s Dave Poltrack said of the survey. “I think once that happens, you’re going to see regular television programming capturing [and] being enhanced by 3D, and people are going to watch special episodes of their favorite programs in 3D.”

DirecTV, which has nearly 19 million subscribers, became the first TV provider to launch 24/7 stereoscopic programming last June with ESPN 3D. It launched its own 3D channels--n3D, Cinema 3D and n3D On Demand--last July 1. It has the largest 3D line-up of any TV carrier.