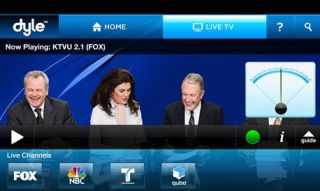 At the CES event in Las Vegas, many of the latest external dongles and media players and TVs with the required Mobile DTV receiver chip are on display. Yet clear, however, that broadcasters will have to included some type of on-demand service in order to develop a viable business model for the nascent wireless video service. The various groups promoting Mobile DTV in the U.S. have thus far espoused the virtues of “free TV,” but members of the Mobile Content Venture, which has dubbed its service “Dyle,” have said publicly that it won't stay free forever.

To do that, advertisers will want to see who’s using the service. That’s why an announcement from Rentrak, an audience measurement company, that it will begin measuring mobile broadcast TV audiences was welcome by stations looking to get involved.

The Dyle application offers live broadcast programming, including local and national news, as well as sports and entertainment content, to be delivered on-demand. Consumers must have a device with an ATSC Mobile DTV tuner attached in order to receive the broadcasts.

Without getting specific, Rentrak said it will measure audiences of mobile broadcast TV using “census-level data,” much like it does now for conventional TV audience measurement by utilizing data from digital set-top devices. Competitor Nielsen provides sample-based ratings.

Among the ATSC A/153 compliant devices on display, RCA is showing a new mobile TV-enabled tablet, which it calls “the industry’s first dual-tuner mobile TV” because it includes both a standard OTA digital TV tuner, as well as a Dyle compatible mobile TV tuner. The device features an 8in HD screen capable of receiving 130 mobile TV stations, OTA TV signals, as well as Wi-Fi and GPS signals.

"Research consistently shows that consumers who try mobile TV not only watch television with greater frequency, but they also enjoy catching up on the latest information wherever they go,” said Chris Lee, vice president of marketing for Digital Stream at RCA.