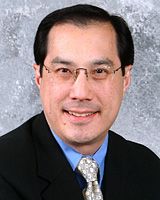 Q. What kind of products or services does your company offer for broadcasters?
JVC is a leading supplier of studio and ENG cameras, studio and portable monitors, Blu-ray recorders and a variety of studio components including switchers and camera control units.

Q. What’s new that you will demonstrate at the NAB Show and that attendees should look for there?
Broadcasters will want to check out our new ProHD camcorder, which will be unveiled at the show. JVC will also be expanding our line of studio monitors with models designed for a wide spectrum of applications and budgets, and we will introduce a new Blu-ray recorder that provides a direct HD-SDI interface.

JVC will also showcase two ProHD cameras that were introduced after the NAB Show last year: the cost-effective GY-HM710U shoulder-mount camcorder for ENG news and the handheld GY-HM150, a feature-enhanced successor to the game-changing GY-HM100, which is ideal for video journalists.

Q. How is your new product offering different from what’s available on the market?
From the beginning, JVC has taken very practical approaches to some fundamental technologies that have set ProHD apart in the market. Along with world-class support and reliability, we provide camcorders that deliver outstanding images in lightweight, durable, and ergonomic handheld and ENG form factors, with features that make it easy to capture great images and manage footage. ProHD cameras record to inexpensive, non-proprietary solid-state media cards — and with native file recording options that are ubiquitous in the broadcast community, JVC offers a shoot-to-edit workflow that is unmatched in the industry.

Q. What do you anticipate will be the most significant technology trend at the 2012 NAB Show?
It’s difficult to pick a single technology trend for a show as large as the NAB Show, but what we are seeing in the ENG market is the continued growth of video journalism, where a single reporter (armed with a handheld camcorder) is covering assignments instead of an entire news crew. We’re also seeing increased use of broadband for wireless backhaul for ENG and expect to see more at the show.

Q. Where are you based, and how many employees do you have? Anything else we should know about your company?
Based in Wayne, N.J., JVC Professional Products Co. is a division of JVC Americas Corp., a wholly-owned subsidiary of JVC Kenwood Corp., which is based in Yokohama, Japan, and has more than 10,000 employees.