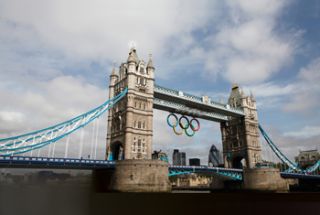 LONDON: London 2012 is being billed as the “Digital Olympics.” Organizing committee LOCOG is expecting 1.5 billion site visits to its website and there are some fairly reliable estimates that over 1 billion individuals will follow the games online, either via IPTV or the growing plethora of sporting data services. It’s impressive stuff and certainly represents that rarest of things, a genuine paradigm shift

But behind that headline, London 2012 is, as always, primarily a TV event, as broadcast technology underpins online efforts, and this iteration of the Games is undoubtedly bigger and better—if only incrementally—than before.

ALL HD, ALL THE TIME
After coproducing Beijing 2008 with Chinese state television, London is the first Summer Olympics effort for Olympic Broadcasting Services (OBS), which serves as the event’s host broadcaster. So it’s no surprise to find that it will be employing 5,500 people to produce 5,600 hours of live, HD coverage using 1,000 HD cameras piped into 52 outside broadcast trucks dotted around the various Olympic sites (the majority of which are coming in from Continental Europe as the U.K. fleet services its own summer sporting contracts). They will be joined by 13,000 other rightsholding broadcasters, a lot of whom will work in the giant International Broadcast Centre (IBC) headquarters in Stratford with its 48,000 square meters (516,600 square feet) of working space.
NBC Olympics Coverage Spans Broadcast, Cable & OnlineNEW YORK: NBC Olympics will send a veteran crew of more than 1,500 to cover the London Games, headed by Dave Mazza, NBC Olympics senior vice president of Engineering, Terry Adams, NBC vice president of IBC Engineering and Chip Adams, NBC vice president of Venue Engineering. TV Technology caught up with them just prior to the Games to discuss the networks’ massive operation.

TV TECHNOLOGY: The Games are about to open, what has been your biggest challenge this year?

MAZZA:NBCUniversal will provide 5,535 hours of coverage for the 2012 London Olympics across NBC, NBC Sports Network, MSNBC, CNBC, Bravo, Telemundo, NBCOlympics.com, two specialty channels, and the first-ever 3D platform, an unprecedented level that surpasses any previous coverage of the Olympics.

Our team is charged with assembling the technical platform to produce, route and manage all that content. It’s a massive project, but it is also a great opportunity.

TVT:Production wise, how do these games compare to Vancouver and Beijing?
MAZZA:The 5,535 hours of Olympic coverage are the most ever and surpass Beijing’s coverage (3,600 hours) by nearly 2,000 hours. It is equivalent to 231 days of coverage.
NBCOlympics.com will live stream every event and sport for the first time ever. In all, the site will live stream more than 3,500 total programming hours, including the awarding of all 302 medals. By comparison, NBCOlympics.com live streamed 25 sports and 2,200 hours for the 2008 Beijing Olympics.
Two apps—one focused on live streaming, one on short-form highlights, schedules, results, columns, and more—will be available for mobile and tablet users.
As in previous years, we will collaborate with OBS who provides NBC with all of the core coverage. OBS provides the world feed which is international coverage of every venue. We supplement as much of it as possible, but our assets are primarily used to help tell the story of the U.S. athletes.

We also have a large group producing the Olympic Zone show, which includes daily segments NBC affiliates can use to create their own highlights show hosted by local anchors and featuring regional athletes.

TVT: Can you highlight any particular new technologies or visual enhancements that will debut this year?

MAZZA: NBCOlympics.com will live stream every event and sport for the first time ever. The site will also feature rewinds of all event coverage, a steady stream of athlete profiles, event highlights, a tour of London as the host city, and more. The vast majority of content will only be available to authenticated cable, satellite or telco customers.
In another first, NBCOlympics.com will provide multiple concurrent streams for select sports, such as gymnastics (each apparatus), track and field (each event), and tennis (up to five courts). For example, during a session of track and field, instead of viewing only a single feed that moves from event to event, a user can choose to watch a stream dedicated to a specific event, such as the long jump or javelin.
In the studios, we’re shooting with the new Sony multiformat cameras, the HDC2400’s And in the field we’re using 30 PDWF800s.
We’re using all Canon lenses—in the studio that includes 27x and 22x, and for the field and ENG the 86x, 22x and 14x mm wide angle.

Editing-wise, we are using over 40 Avid seats, a combination of Media Composers and Symphonies that are centrally stored on an Avid ISIS. We’re also using a Sony XDCam Station which combines an optical drive and a hard drive inside the same chassis. 48 channels of feeds are recorded in London through those XDCam Stations and then transferred to a 288 TB Omneon Media Grid, which is then replicated to another media grid in New York using both the high-res LonGop50 and low-res proxies.

TVT: How is the effort to distribute content to multiple platforms working out this year? Any particular challenges?
MAZZA: We’ll have up to 35 venues going on at the same time. Streaming more than 3,500 live hours starts with figuring out how to ingest and backhaul that much content, which at times can come from as many as 60 feeds concurrently. We have transformed Saturday Night Live’s studio space into what we call the “Highlights Factory.”
We’ve got 10 gigabits of bandwidth coming via our AT&T circuits to the U.S. That’s a staggering number, considering many of the same feeds are also being converted from 50 to 60 hertz and coming home via a variety of means, including many MPEG 2 and MPEG 4 encoders from Ericcson, and a few JPEG 2000 links. All of those feeds create a number of complexities that you just can’t avoid. It’s a daunting task, but we are confident we can do it.

The tapeless system put together inside the IBC to service this relies primarily on Avid and EVS gear. Both Symphony and Media Composer are being used for editing by the multilaterals, with Avid also providing one of the main routes for getting at the material via its Interplay Production Asset Management system. The media server itself is built around 12x EVS XT3 servers for live feed recording, which are coupled in turn to a 360 TB EVS XstoreSAN nearline server. EVS is also supplying its IP Web-browser interface, allowing remote teams access to the centrally stored material from anywhere worldwide, as well as around 50 seats of IPDi rector for initial logging and fast turnaround highlight editing.

One thousand cameras are at the sharp end of the tapeless system, with Sony 1500 and Grass Valley LDK 8000 units—which together dominate the European OB market— chief among them. Camera positions have been locked since 2011’s test events, and include both positions for the multilateral feed, plus unilaterals available “for hire” to host broadcasters for that special shot of the national champion.

Media from around the world will broadcast Olympics coverage from the IBC headquarters in Stratford. OBS is keeping the number and nature of some of the more specialist units firmly under wraps, though NHK’s Twinscam, which uses image processing algorithms to stitch together above and below the water shots into a single image, will definitely be used in the synchronized swimming (and according to documents released to the U.K. aviation community, expect to see a significant amount of aerial work outside the stadia at events such as the rowing, Mountain biking and equestrian events). There has also been a significant increase in the amount of Ultra Slo-Mo units for London 2012, with around 50 slated to be deployed from a mixture of technology from French-based Digital Video Sud, Live Motion Concept in Germany, and Japan’s NAC, operating in the 600 to 1000fps range, depending on lighting conditions.

3D, SUPER HI-VISION AND MORE
3D has also been expanded somewhat in recent months, with plans to produce 230 hours in the format now in place. A total of 33 cameras, including a mix of rigs and integrated units (Olympic sponsor Panasonic’s AG-3DP1 presumably chief among them), with six ENG crews will add color to event footage. All this will be piped through three dedicated trucks connected to its own production center within the IBC.

Also with its own truck—shipped from Japan—but using considerably less cameras (three) will be the Super Hi-Vision crews. Considerably less people will see the footage too, with six public 50-foot screens in the U.K. and Japan joining two VIP test screens at the IBC and in Washington D.C. The world feed is hopping to Japan on a series of private academic networks, while it’s being piped around the Olympic network via dark fibre and to the U.K. screens as two MPEG transort streams. It’s all managed by converting 16x 1080i signals into 8x 1080p signals and is being recorded on 16x P2 recorders working in parallel.

All non-SHV signals to be distributed outside of OBS will pass through the Transmission Centre, which also sends any necessary return video circuits to venues or other sites. And there is a lot that OBS is providing. Eleven ready-to-air HD channels will be available for worldwide distribution via encrypted satellite, 10 of which are of live Olympic sport with the 11th being a rolling 24/7 news channel. All in all, OBS estimates that that bouquet alone will carry 2,200 hours of live coverage and 500 hours of edited packages and highlights this year.

The result is, that one way or another, not only is all the material all in HD all of the time, but every part of every event can be seen live as LOCOG and broadcasters such as the BBC and Sky prepare to host up to 24 live HD streams of Olympic action. Globally, a massive 3.5 billion people in all are expected to watch at least some part of the Games on old-fashioned linear television— half of the world’s population. As the BBC’s Director of London 2012, Roger Mosey, has said: “You can get carried away by something on the far edge of technology, but the TV operation remains absolutely central. Proud though we are of all our innovation, the biggest impact is being on BBC One at nine-o’-clock in the evening.”