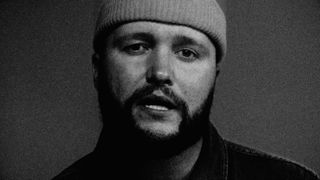 Longer lenses were used so the operator could be further away from the subject, and the lighting changes were programmed and executed remotely. (Image credit: Julia Swain)

During the pandemic and as production is slowly ramping back up, many in our industry have been taking a minimalistic approach when it comes to lighting. To produce content, filmmakers have had to compromise on the amount of crew, tools and what happens in front of the lens. The shoots I have been fortunate enough to do have all followed strict safety guidelines.

Something else that is evident right now is that it’s the naturalistic concepts that are being chosen and executed. Doc-style concepts where natural light is embraced is very attractive to production companies. These mean less people needed on set, less money to be spent and less equipment to be rented. When you need to light, bigger units far away have been key in keeping the equipment footprint small indoors near subjects.

For exterior shoots, it has been a bit easier to accept natural light. Distance between crew members and talent is less of an issue and larger rags like bounces and solids can still be utilized to create shape. Utilizing the sun, usually as backlight for separation, and then creating shape on faces and objects has been a useful approach. This method sort of falls in line with the idea of keeping lighting naturalistic—fewer lights, bigger sources further away, really taking advantage of what already exists in the space. But even in a commercial setting, shooting exteriors lends itself to safety during a time when illness is easily spread from person to person.

Recent music videos have been contained, with many members of production on set virtually to minimize the amount of bodies on location. Those physically present include the DP, producer, one assistant camera, sometimes a production assistant and the talent. A very exciting, and slightly more involved, video for singer-songwriter Quinn XCII was able to be contained and yet really visual. Crew came in separately, set up a few different lighting gags with Astera Titans, Litemats, a Skypanel S-60 and more around where the artist would be placed. All of these units were selected because they could be controlled away from the actual setup.

After grip and electric were set, the artist and camera came in to keep everyone from being on the set at one time. Longer lenses were used so the operator could be further away from the subject, and the lighting changes were programmed and executed remotely. All the gear was wiped down and the crew took frequent breaks to clear the air. It ended up being a simple concept logistically, but with several different looks throughout the video and light that changed frequently in intensity, shape and quality.

This Quinn XCII video shoot was an example of a project in this intense time that didn’t lean into the “natural light” approach, but could still be done carefully with distance and a very small crew. The challenges production is giving us to photograph the world within current projects are making us rethink what we really need to light and perhaps slim down on the resources we need to accomplish them.

It’s thanks to lighting technology that we can do so much more without having to be at the unit. The Asteras were programmed to do different lighting cues, the Skypanel dimmed up and down as a key and then the Litemats also dimmed at certain points in the video. Though most of the video is black and white, some color stock was shot and the color temperature of the lights had to change for both color and light sensitivity reasons. All of these units were able to accomplish color change as well from a distance. No need to come in with a different unit to swap out something that was already in place.

Time will tell how our industry moves forward with the safety and health of its members in mind. Many advances in lighting technology have helped keep us even safer, perhaps without us realizing it. We are faster and more efficient with such versatile tools. We will continue to work toward having full crews with full grip and electric packages in closer proximity to each other again. For now, the focus is on essentials for getting content made while still staying truthful to each piece and its narrative.

Julia Swain is a cinematographer whose work includes films such as “Lucky” and “Speed of Life” alongside dozens of commercials and music videos. She continues to shoot on a variety of formats, seeking to create compelling visuals for every story and brand.