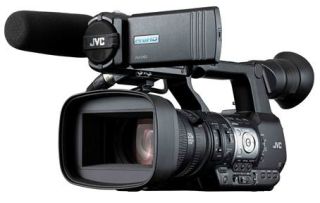 JVC has announced that the recently released GY-HM600 and Wi-Fi enabled GY-HM650 camcorders are now fully EBU-approved for broadcast use for news and journalism.

These two new JVC ProHD cameras have been designed specifically to be in line with European Broadcasting Union (EBU) guidelines for broadcast use. The EBU recommendations provide a common set of performance standards for broadcast production across Europe. Cameras are independently tested and approved by the EBU.

The testing of the GY-HM600 and GY-HM650 cameras was carried out by Alan Roberts in accordance with the EBU guidelines. The EBU test report for the GY-HM600E and GY-HM650E is available online.