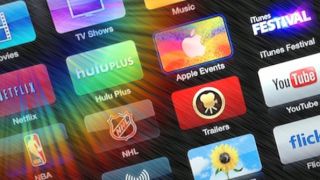 The best part about the broadband we enjoy today, in addition to the amazing speeds, is that it is typically not metered. We can stream and watch as much as we want, for a flat rate. However, that may be changing, and as such, may affect how we watch streaming television in the near future.

While many are incorporating entertainment devices such as Apple TV, Boxee, Roku, Sony’s Google TV and many others, as well as watching via Netflix, Hulu Plus, Amazon Instant Video, HBO Go and other video apps on mobile devices, things could be changing in the near future. By the end of the month, Time Warner will be rolling out usage-based options for broadband on a nationwide basis.

Now, to avoid any panic, it should be noted that Time Warner has stated it too does not like bandwidth caps, and that it will still offer unlimited broadband options. The company just though it would be good to offer an alternate option for those with perhaps lower requirements. Offering a tiered approach to its services is nothing new, and the new packages are designed to allow customers a different price structure if they don’t have large bandwidth requirements. The new package will allow 5GB of data per month, and if the customer exceeds that, then they would be charged $1 per GB up to an overage fee of $25 max per month. For most people who stream movies and TV shows, both to set-top boxes as well as to mobile-TV devices, such as tablets and smartphones, the new option may not make as much sense. Some TV episodes or one movie could chew up the allotted bandwidth in one swoop. But it is good for those who don’t stream to not have to pay an unlimited bandwidth price.

The danger may be revealed in examining the patterns in other platforms. Smartphones when the iPhone was introduced centered around flat fees and unlimited bandwidth. As technology progressed, companies such as AT&T worked to eliminate unlimited plans (except for those iPhone users grandfathered in) and move to a tiered-only set of prices that capped the bandwidth and moved free-for-all consumption into financial decision making. It has caused some unhappy customers in the mobile phone space, and although Time Warner is stating that unlimited will continue, everyone may be hoping that it sticks to its story. Although Time Warner's new plan may not be best for streaming consumers, it does offer choice, which is always good for the customer.