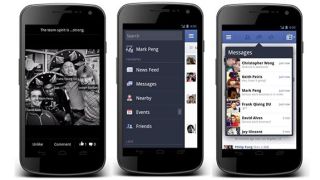 When most people think of mobile TV, they simply think of a video playing on a mobile device. But these days things are not so simple. Facebook’s Mark Zuckerberg was interviewed recently and described advertising on mobile devices and the mobile experience as “closer to TV than desktop.” What was telling is that, he may actually be right.

Television has traditionally been a very singular experience. When you are watching your favorite program, you are typically locked into a certain channel, watching the content and then periodically watching, or scanning through, ads delivered in between that content. This is much different than surfing the web on a desktop, where the swirl of ads, articles, pop-ups, banners and links to anywhere and everywhere else is anything but singular or consistent. Also on the desktop, you are most likely to be on one site only briefly before zipping to an entirely new destination. Zuckerberg does make sense when he talks about viewing Facebook on a mobile device and how it parallels to television. When you load up the Facebook app you are pretty locked into that one channel. You scroll through the content (typically your news feed) and then periodically you’ll view, or scroll through, an ad. The key point here is that those ads are not actually appearing yet. As mobile offers much less room for ads than spacious desktop Web browsers, and mobile users are much more sensitive to mobile advertising, rolling ads into this branded “channel” will have to be handled fairly delicately. But make no mistake, they most likely are coming. As more and more people use mobile over their desktops, revenue has to step in line and advertisers have to gain eyes via the traditional news feeds of apps like Facebook and Twitter.

Television producers and mobile content producers may never equate Facebook with TV, and actually content producers may not even have time to sit down with Facebook because of tight deadlines and long work days. But it is worth thinking about how the notion of TV could be changing, and how future generations of content consumers will be viewing and engaging in what they want to see. The huge advantage of mobile is that it does have the ability to lock viewers into a channel and hopefully keep them captivated via a stream of content, all while interspersing targeted advertising that is hopefully entertaining and not something people will scan, or rather scroll, through.

The linear angle of Facebook on mobile can indeed be compared to TV, and I can think of many people who I know who love Facebook as their favorite channel on their mobile device. The balance will be the disruption of ads and how consumers respond to it. Facebook is alluring now because it’s a constant stream of content you feel emotionally connected to. Interjecting advertising into the mix will no doubt be a challenge. But the bigger picture could be how mobile TV will change, morph and almost certainly be redefined as the mobile revolution continues its dramatic expansion into people’s lives.