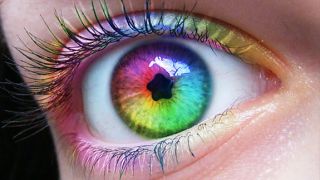 While the world is gushing over the new iPhone 5 screen, with it’s vivid colors and crystal clear pixel density, it’s more a look into the near future, as Sharp goes full steam ahead, or rather full screen ahead, to the next wave of HD on your mobile device: HD-LCD.

Sharp's brand new 1080 x 1920 HD LCD mobile screen panels will have a pixel density of 443ppi that the company claims is 1.3 times the industry standard and among the highest resolution available for mobile devices. Ramp up is here now: Full production of these new screens starts up this very month. The new LCD panel marries several forms of technology, from a new revamped manufacturing process to an altered and improved pixel design to a new clearer and more vivid viewing space. The end result is better looking apps, crystal clear maps, sharp as a tack text and realistic HD mobile video.

Sharp is focused on the smartphone market and for good reason: It is one section that has immense traction and is growing larger each month. However, Sharp is going through some rough patches. Recent reports say Sharp is cutting 10,000 jobs and has also cut payouts for management. Earlier this year, it also fell into billions of debt because of failing to reach an agreement with Foxconn over technology.

But Sharp does remain focused. It believes that this new higher resolution technology is what the market needs, and there are few who would disagree. The trick now is that it needs to roll it out in a few larger sweeps, and with numerous vendors, so the Sharp name becomes synonymous with the best in HD screens for smartphones.