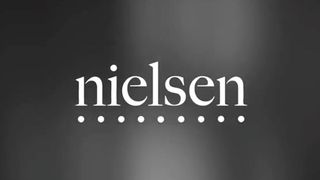 Nielsen has long been the standard on tracking and measuring traditional TV broadcasts. If your Nielsen ratings are up, there is often great cause to celebrate. But there is a brave new world out there and the once very defined landscape has been fragmented to many different ways of viewing video content. So Nielsen has turned, perhaps seeing the writing on the wall, to use mobile devices to measure what is on TV.

Nielsen will team up with the Coalition for Innovative Media Measurement (CIMM) and begin testing mobile devices to measure traditional TV viewing in smaller local markets, testing out the waters to eventually ramp up to a more sustained campaign of measurement. It’s kind of ironic, as many have seen CIMM for the past few years as sort of a competitor of Nielsen. While Nielsen has always mostly centered on its existing methods of capturing info, both Nielsen and CIMM have seen the potential for using mobile devices for TV measurement. The Coalition for Innovative Media Measurement saw a growing way, with so many smartphones and tablets, to use the power of these connected devices to actually measure what viewers watching traditional TV are tuning into. Now that smartphones are becoming more prevalent, Nielsen’s mobile Television Audience Measurement (mTAM) is now becoming a more widespread reality, and there is no question that now could not be a more perfect time.

With this new frontier, new methods of tracking must go into the mix, including using both active and passive measurement techniques to measure content consumption. Capturing all this data is certainly a lot trickier than it used to be. Most important is the focus on the local market; small samples of measurement happening locally can skew data to one side or the other. Improving the accuracy of local measurement is vitally important. Eventually, it has a lot to do with influence. Nielsen has its finger on the pulse of traditional television, but the percolating up of using alternate devices with CIMM has been beneficial. The problem with Nielsen is that it can be seen as big, with minimal competition. And that puts it in a place that may make it less likely to move into new areas at an accelerated pace. CIMM’s influence, first starting out independently and now joining forces, could be something of a wake-up call for Nielsen. Nielsen has been doing internal testing for some time to rapidly expand into using new devices for audience measurement, and this is an important next step.

Not much has been released so far about exactly what will be measured and how the methods will play out. But one thing is for sure: Nielsen is getting some good help from the Coalition for Innovative Media Measurement, and the end result, mobile Television Audience Measurement, will benefit local as well as national avenues of programming in the coming months.