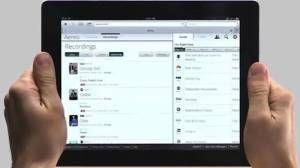 Aereo is ramping up its commitment to bringing mobile DVRs to consumers. Aereo is the New York City-based live mobile TV service that transmits local programming for a fee to portable devices. While being in the news (and being sued by broadcasters) has certainly generated a lot of press, the Barry Diller-backed mobile TV company continues to double down and offer new features to move the test trail to other parts of the country.

Aereo has cleared some legal hurdles so far, but the fight is far from over. While the lawyers sort out that part, the developers are focused on improving the product. While the fact that the service can broadcast over the air programming direct to your mobile device is the one feature getting the most press, the included DVR service could prove the most interesting. The company recently expanded customers' DVR storage options, with storage to carry many movies and entires TV series. What is notable is that they did the increase from their head end operations. Since Aereo's DVR resides in the cloud (and on their own servers), the increased benefit was an easy change to make. When you watch the Aereo service on a device such as your laptop or on an iPad or iPhone, and decide you want to set up some scheduled recordings, you’re actually recording not on the device, but at Aereo’s headquarters. This means you can play back the programming from anywhere you are; you are not locked down to a specific DVR device in one room or location. The best part is you can pause a show and then pick up right where you left off on a different device. While cable and satellite continue to cart around and install set-top boxes from companies such as Cisco, all with a limited amount of hard drive space for DVR options, Aereo’s expanded cloud-based available-anywhere DVR is a refreshing change.

The immediate drawback is Aereo is only available in NYC for now. However, the company is perusing aggressive plans to expand to additional markets this year. And you only get a handful of less that 30 channels as of right now. It does include major networks ABC, CBS, Fox and NBC, as well as CW and PBS. However, those looking for heavy-hitter cable channels such as HBO, Showtime, Travel Channel, AMC, ESPN and other stapes need to look elsewhere. But with a huge virtual DVR and lots of programming from network affiliates and beyond, Aereo may just quench the thirst of a lot of TV fans looking to capture their favorite series.

As more and more info heads to cloud storage these days, Aereo could be on a very progressive, forward-thinking track as far as the future is concerned. Virtual could-based DVRs could be the next big thing, but scrappy NYC start-up Aereo, with its big plans for nationwide domination, is not only already there, but already working full speed ahead.