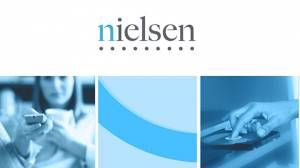 Nielsen just released its latest Cross-Platform Report for the first quarter in the U.S., and the numbers rolling in are not quite surprising but certainly show a shift in how consumers are getting their content. It’s especially interesting to content producers who want to track where the best platform is to launch their new programming. Back in the day, a broadcast network was the key place to launch. Today, however, there are many more options.

Live TV took a hit, as the report showed that the percentage of people actually watching live TV has dipped by 2 percent over the past year. What is going up is watching content on a DVR, which should come as no surprise. DVR viewing jumped up 8 percent in the past year. But, this could be slightly troubling to advertisers because a lot of their ads are just scanned through. Live TV and DVR viewing were more similar a few years back, but as live TV drops and DVR stored content viewing increases, advertisers will need to find alternate ways to get their messages across. In addition, DVRs have changed in scope as well. The Nielsen study now includes game consoles, a rich source of on-demand content that bypasses a lot of commercial TV as well as advertising. Game console viewing has spiked up as more home systems are using the rich array of HD content available on systems such as Xbox 360, Playstation 3 and Nintendo Wii.

The report states that for the first quarter of the year, Americans spent almost 35 hours of their week watching video across various screens/devices and close to another 5 hours using the Internet on a computer. One hour and 38 minutes were dedicated to gaming devices, and among owners of gaming devices that have the ability to stream video content (7th generation consoles), the average time that was spent was more than 2 hours and 48 minutes. It’s no surprise that through all this, mobile TV viewing continues to spike upwards. The report showed that mobile TV viewing is increasing quarter after quarter, and it also signifies that mobile TV is available on a much wider array of devices. While tablets and smartphones are the units most people use to consume mobile programming, other options, such as Nintendo 3DS and Sony’s Playstation Vita, are also now in the loop offering content avenues such as Netflix and YouTube.

Mobile TV could be the force that is driving watching live TV down, but it's clear that broadcast TV is not going away anytime soon. Howeve,r DVRs, mobile devices, game consoles and portable gaming units offer a lot more flexibility in getting content on the go. The Nielsen report offers a lot more intriguing content for both content producers and those tracking the path of TV, both in home and mobile. The report can be downloaded here.