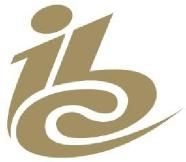 FX U.K., NASCAR and 4oD, the video-on-demand service from Channel 4 in the U.K., were honored Sept. 9 at IBC2012 as winners of IBC Innovation Awards in the Content Creation, Content Management and Content Delivery categories, respectively.

The IBC Innovation Awards recognize a broadcaster or media business that takes the best of today’s technology to create an innovative solution to a real creative, technical or commercial challenge.

The award for content creation dovetailed with a significant theme evident around the IBC2012 exhibit floor and at several sessions, namely second-screen content. The winner of the IBC Innovation Award for Content Creation was a second-screen app, a way of adding to the viewer’s enjoyment by synchronizing interactivity on an iPad with a television program. FX U.K. took the award for its companion app for “The Walking Dead,” developed by Red Bee Media and using audio watermarking technology from Civolution for synchronization.

Other projects on the shortlist in this category included ESPN for use of graphics technology from Orad, Hawk-Eye and Spidercam to enhance its coverage of Grand Slam tennis, and TV Globo in Brazil for VATE, a new tool to support directors and cameramen working on live shows.

Taking the IBC Innovation Award for Content Management was NASCAR for a system to give race officials instant access to images from 18 trackside HD cameras. Telestream, in association with Promise Technology and Quantum, developed a compact and powerful system that put control of multiple replays into the hands of race officials.

Other highly considered contenders for the honor included Turner Sports, which deployed a system to keep track of 6000 events and 2 million highlights a year, and Sky News Arabia, which needed a new production base in Abu Dhabi in time for the channel’s launch in May this year.

The IBC Innovation Award for Content Delivery honored 4oD, the video-on-demand service from Channel 4 in the U.K. Channel 4 wanted to make its content available on the platforms its viewers preferred and saw the Xbox as an ideal way to deliver high-quality VoD. With KIT digital, Channel 4 developed an app for the Kinect controller that allows viewers to use voice and gesture control to explore and select content.

Other projects on the shortlist in this category included a practical home networking solution developed by DIRECTV based on open standards with technology partners Broadcom, Entropic Communications, Jethead Development, Pace and Samsung. Others included CBS Sports for its use of VidyoCast technology to carry multiple HD cameras over the Internet, allowing a popular radio show broadcast from Louisiana to be shown on television through the CBS production hub in New York, and ITV in the UK for its development of a content replacement system, using seamless splicing from Yospace communicating with Snell automation to delivered tailored content to users on different platforms.