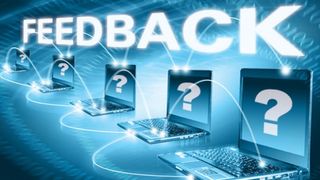 Recently, Ned Soseman posted a fantastic bit of information regarding power supply capacitors, the dangers of working with them and how to respond to electrical shock.

The piece began with Ned's relating a story of a young person, a teenager, who suffered fatal shock while parting out a computer. I took Ned's piece to Linked In and started a discussion, which led to a response from group member Greer, who lamented that such an accident could be easily be prevented.

"Very sad to hear this," Greer wrote, "but it does illustrate that ONLY fully trained and knowledgeable technicians or engineers should be allowed to work inside ANY electrically operated equipment — and especially the mains power supply module.

"... capacitors in a switch mode PSU charge to the voltage of the rectified mains, and can maintain that charge for a relatively long time after disconnection from supply."

Group member Charles then added that "it would cost the manufacturer two or three cents to add bleeder resistors to the design."

While costs and feasibility are certainly up for discussion, my attention was turned more toward why more people don't know this. Greer corrected me, saying that this information is well-known... by correctly trained individuals.

It's here where Greer and I connected in our thought process. He is concerned that we have moved away from a business model where the right people, with the full, right training, are in place to handle equipment. Instead, some level of educational and industrial cross-training has taken place; the result of which is a half-prepared hybrid with information technology and engineering roots.

That's not to say those folks aren't intelligent enough to avoid the same fate as the teenager mentioned earlier. That is to ask whether full engineering training might be slipping through the cracks as pieces of critical information (such as knowing a capacitor needs to be discharged) are left to the side, squeezed out by an IT-heavy agenda or curriculum.

After all, and think about this for a moment, how many of you have been referred to as "the IT/engineer, or whatever." Maybe your title has morphed into an all-encompassing something as your workplace fails to see any difference between the two.

That struck a chord with me as I realize that, even very recently, Broadcast Engineering has featured articles on computer system administration and router fundamentals. These topics are growing and critical to today's engineers, no question. But, if most (or all?) of our attention sways that direction and slowly but increasingly forgets the "engineering part," I wonder what the effect might be.

Considering the young teen's fate, I don't know that it's possible to overstate any scenario.

That said, what do you say, Experts? Has the line between engineering and IT become hopelessly blurred, and people simply have to hope for the best if this is the direction employers are going?