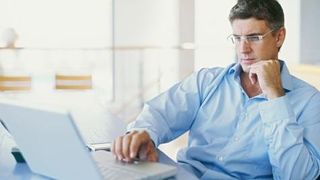 The FCC Office of Engineering and Technology (OET) this week released software it plans to use to analyze coverage and interference of full-service and Class A television stations –a critical component to a successful repacking of DTV spectrum made necessary as part of the agency’s incentive auction program.

The software, called “TVStudy” software, is available via download from the FCC website. It was written on an Apple iMac and can be recompiled to run on Unix-like platform (Linux). Compatibility of C source code with Microsoft Windows-based compilers is not guaranteed, OET noted.

The Middle Class Tax Relief and Job Creation Act of 2012 that authorized the FCC to conduct incentive auctions and a repacking of TV spectrum requires the agency to “make all reasonable efforts to preserve…the coverage area and population” served by each TV licensee using the methodology described in OET Bulletin 69.

According to OET, the new software replaces the software developed from the agency in the 1990s and used to implement OET-69 in support of the DTV transition. “Since that time, some of the underlying datasets have evolved or have been replaced,” OET said.

In its Public Notice, OET noted that decisions made in implementing OET-69 methodology can produce different results, which can impact station coverage area and population served. By releasing the TVStudy software and reference copies of the databases needed to run it, the OET is offering a way to implement OET-69 methodology “that ensures consistency in results obtained” by the agency and those interested in the process.

OET is looking for feedback on the software as relates to its abilities to support the incentive auction and to implement decisions reached in the Incentive Auction Notice of Proposed Rulemaking. The office is seeking comment “on the new software generally as a tool for analyzing the service area coverage, population served, and interference received by broadcast television stations.”

OET is asking stakeholders, experts and others for feedback on the TVStudy software regarding population data, terrain data, treatment of inaccurate data in the FCC database, treatment of antenna beam tilt, calculation of depression angles, level of precision of geographic coordinates, establishment of calculation (cell) grid and treatment of internal (Longley-Rice) warnings.

“An important component of the proposed incentive auction is the repacking of broadcast TV stations, including the potential reassignment of stations to new operating channels,” said FCC commissioner Mignon Clyburn in a statement released concurrently with the software. “In order to preserve the integrity of the broadcast TV service on which the American consumers rely, we must get this process right.”

“As the TV Study Public Notice points out, the software that the Commission staff currently uses to implement OET-69 is based on source code and data from the 1990s and earlier. It is critical that the repacking process incorporates the most updated and accurate data possible,” she said.